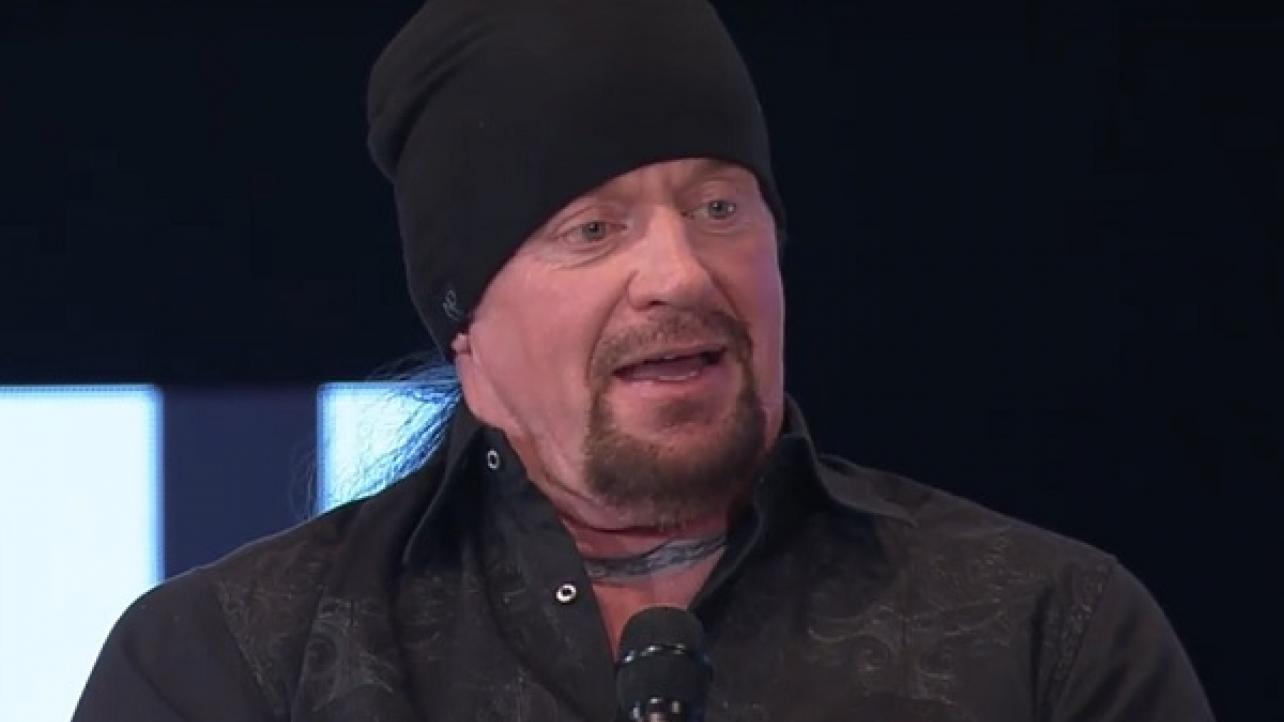 The Undertaker Explains How He Hooked Up With Michelle McCool (Video)

WWE legend The Undertaker recently sat down for a very in-depth interview with Ed Young. During the discussion, The Dead Man described his relationship with WWE Chairman Vince McMahon, explained how he hooked up with former WWE Diva Michelle McCool in real life and more. Featured below are some of the highlights from the interview.

On Vince McMahon: “He’s awesome. You may see him on TV and think, man, I do not like that guy, but he is awesome. He wouldn’t ask anybody to do anything that he wouldn’t do. He’s really built an empire from hard work and dedication and energy. When you see that man and what he puts into it, you feel ‘Well, I at least have to try to match that.’ He’s an awesome leader. I call him boss, but we’re like friends now than we are employee and company owner.”

On meeting his wife Michelle McCool: “When she got there (to WWE), there were two people she didn’t want to meet, Kane and yours truly. Terrified. Did not want anything to do with me. It was funny because she has this unbelievable work ethic. So she would get to the arenas early and try get around some of our producers… She would pick their brains and try to get them to get in the ring and work with her. It just caught my eye because it was like, ‘No, you never cross over that line.’ I always told guys you don’t date people you work with, it’s not going to work. I said it for years and then I broke my own motto. But I ended up getting to know her and I was just like, ‘Wow, she’s really passionate about this.’ You could tell that this was what she was wanting to do, it wasn’t a stair step to Hollywood or anything else. She was passionate. So finally after a long time of her chasing me around… Not true at all. Finally, she realized that I was not Satan. So we ended up dating.”

Check out the complete interview with The Undertaker below.

The Undertaker Explains How He Hooked Up With Michelle McCool (Video)