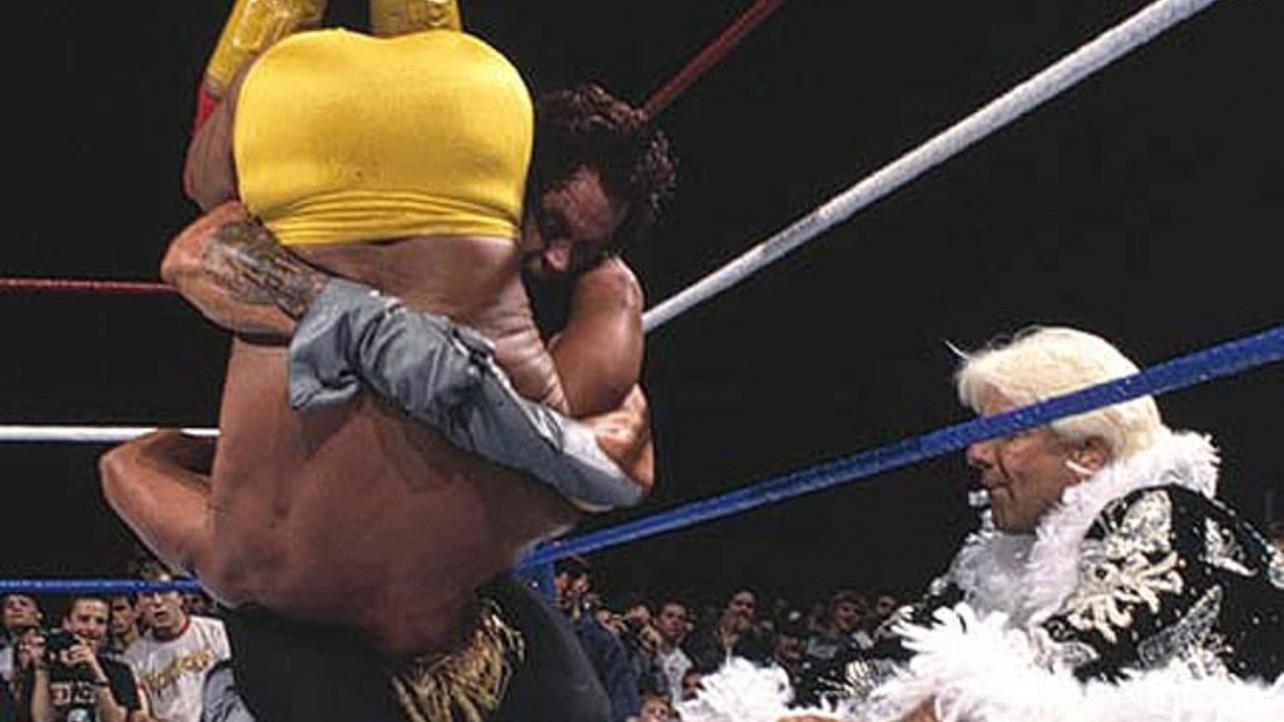 — The Undertaker was interviewed by ESPN earlier this week where he went into detail on the incident at Survivor Series 1991 where he defeated Hulk Hogan for the WWE championship, only for Hogan to turn around and feign a neck injury that he had already been setting up all day. The two wrestled again only nights later where Hogan got his win back. Below are highlights of Taker detailing the incident and the fallout:

“That was crazy. It started out bad and it progressively got worse. Hogan claims that I hurt him on the Tombstone during the PPV, right? So I’m thinking to myself, like I didn’t find out until Tuesday. I knew there was going to be another PPV but I didn’t know I was going to drop the belt back or what was going on. That came up out of nowhere. But I kind of figured, oh..ok, maybe it’s because he’s telling everybody I hurt him, and ya know. Hulk was still the Golden Goose at the time so I’m thinking, OK, they’re gonna take this off of me because they can’t trust me or whatnot. It really wasn’t explained to me what the reasoning was behind it. I was devastated. “

“The whole deal was it was a setup from the get go. So back then, we would usually show up noon on a TV or PPV day, we’d show up at the arena around noon, one o’clock. Hogan would roll in about four or five. So I remember getting there about noon and Hogan was already there. And I’m walking down the hall, so he goes, ‘Hey kid, can I talk to you?’ Right…so we go into one of the locker rooms into the shower. That was where all the business was always done back in the day, you went into the shower, whether it was to fight, settle whatever score, it always happened in the shower. So he’s telling me, he goes, ‘Hey, I got this neck injury,’…he says, ‘I’m really nervous about taking your finish.’ I was like, ‘Hulk, believe me,’ I said, ‘I will protect you, I pride myself on not hurting people and I promise you, I will have you so tight that there is no way possible that you’re going to hurt your neck.’ So with that, we went about our business. Every point during the day, I’d pass him in the hall and whatnot, I’d get the, ya know, ‘remember about my neck’….so that was all I got all day, was my neck.”

On Hogan’s behavior during and after the match

“So we go into the finish, Flair comes down, slides the chair down, I pick him up…and when I tell you I had the brother secure, he was secure. Boom, I give him the Tombstone, as soon as my knees hit, I hear, ‘Uhhhh, you got me brother.’ I’m like, how.. I’m, what, I was 24, 25 years old and I just crushed Hulk Hogan, right? That’s what’s going through my head. Like they gave me this opportunity, they gave me this chance to run with the ball, and I hurt the golden goose. So I’m just devastated, mortified, right? So they get Hogan out of the ring and I get the belt and Paul Bearer and I are doing our stuff. I go backstage and I’m asking ‘Where’s Hulk at’? ‘Oh, he’s laying on Vince’s office…Vince’s office’s floor.’ So I go in there and he’s laying out on the floor, ‘Uhhhh,’ carrying on. I’m going in to check on him but here come the paramedics, so here me and kayfabe…so I go behind a wall with Shane. Me and Shane are behind the wall and I’m having to listen to, ‘Can you feel this, can you do that?’ Then I hear, ‘Somebody get my wife and kids on the phone.’”

On finding out that Hogan was being dishonest

“I don’t know what the hell is going on other than the fact that I just hurt the Golden Goose. Shane’s right there telling me, he’s like, ‘Mark, his head wasn’t anywhere close to touching that mat.’ And I’m like, ‘No man, I hurt him.’ I couldn’t put a thought together, I just thought I killed him. And we didn’t have access back then to watch things back right away like we do now so I didn’t see it until Tuesday in Texas. The next day I was in…I think the next day I was in Hamilton, Ontario defending the title against Davey Boy Smith or somebody. I was gone. There was no Monday Night RAW yet. We had house shows. So I finally got to see it.”

“By now, a lot of the boys have come up to me and they’re like, shaking their heads, like, his head never got anywhere close to the mat. And you watch it back, you can tell, his head never touched. So now I’m in this precarious situation. I’m still a greenhorn and now I’ve got to confront the face of wrestling, the biggest draw ever, and now I gotta figure out what I’m going to do here. As a man, I gotta know what the hell but I also know that it’s risking my professional career and at that point, everybody is so paranoid too about their position and their spots.”

On finally confronting Hogan over the incident

“Finally I got to San Antonio and I was like, ‘Terry, I watched it back…uhhhh your head…your head never hit.’ He’s like, ‘Well, brother, what it was was you had me so tight that when we came down, I had nowhere to move and that’s what jammed my neck because I couldn’t move at all.’ At that point, I was like, OK. Then I knew. I was like, OK, I kinda realized, I know what you’re all about and that’s all I needed. What was I gonna do? I wasn’t gonna fight him.”

On his relationship with Hogan after that

“I didn’t have to carry a grudge. I treated him with the respect that I think, for what he did for the business, he deserved. So I treated him that way. I was not overly friendly but I didn’t…you know, if he was in the building, I always made sure to say hello, engage him in conversation but I always…from that Tuesday in Texas when I got that answer, I knew all I needed to know about him. Then my radar was always up anytime I had to interact with him but I dealt in a professional manner with him.”

Vince McMahon No Longer Involved in Any Aspect of WWE's Business