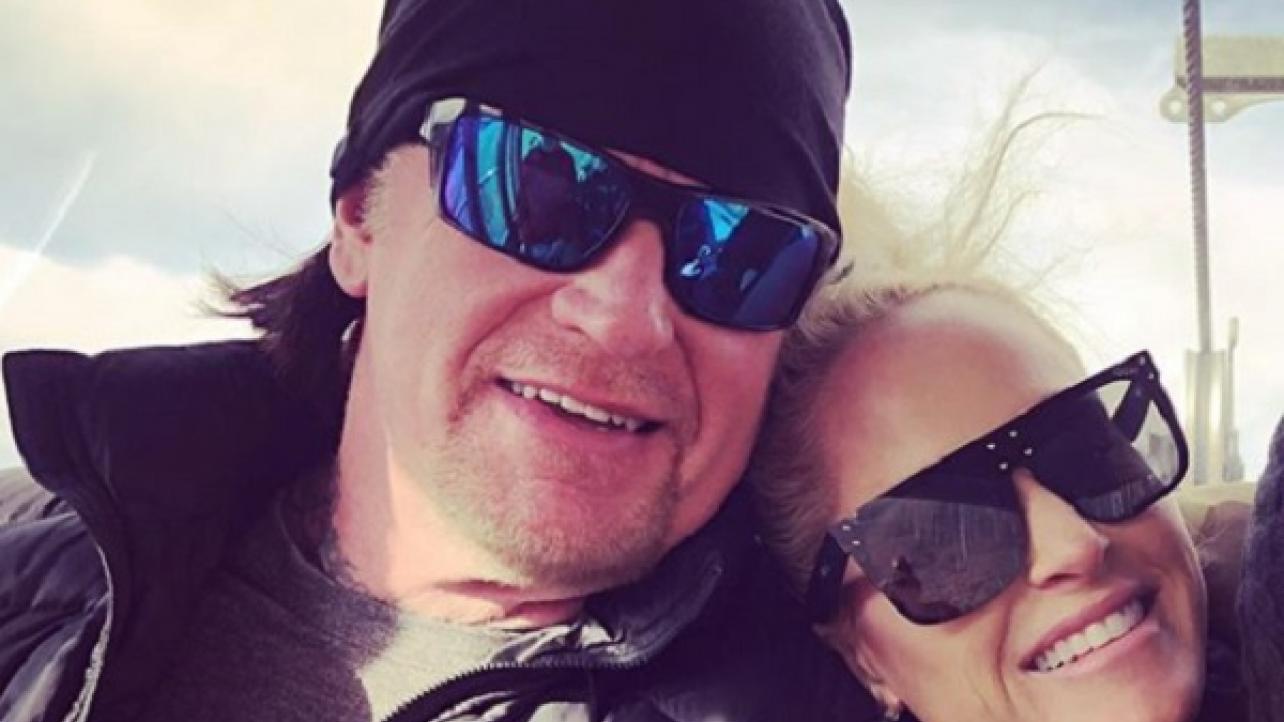 Undertaker With McCool On His Birthday (Photo), Sting With Mysterio (Photo), Lesnar/HHH

– As noted, with WrestleMania 34 fast-approaching, WWE continues to offer full matches from past WrestleMania pay-per-views for free via their official YouTube channel. Featured below is the complete Triple H vs. Brock Lesnar “No Holds Barred” match from WrestleMania 29. WrestleMania 34 goes down from the Mercedes-Benz Superdome in New Orleans, Louisiana on Sunday, April 8th. Make sure to join us here on 4/8 for live play-by-play results coverage of the entire event.

– As noted, Saturday was the 53rd birthday of WWE legend The Undertaker. Michelle McCool posted the following photo of the two yesterday on her official Instagram page. The Undertaker is rumored to face John Cena at WrestleMania 34 next month in New Orleans, LA.

– WWE Hall Of Famer Sting took a photo with Rey Mysterio as the Horro Hound Weekend event this weekend. Check out the picture below.

Great seeing you Rey Rey! #Repost @619iamlucha with @get_repost ・・・ With none other than the Legend @stinger Good seeing the real homies from back back in da WCW days! #Respect

Undertaker With McCool On His Birthday (Photo), Sting With Mysterio (Photo), Lesnar/HHH