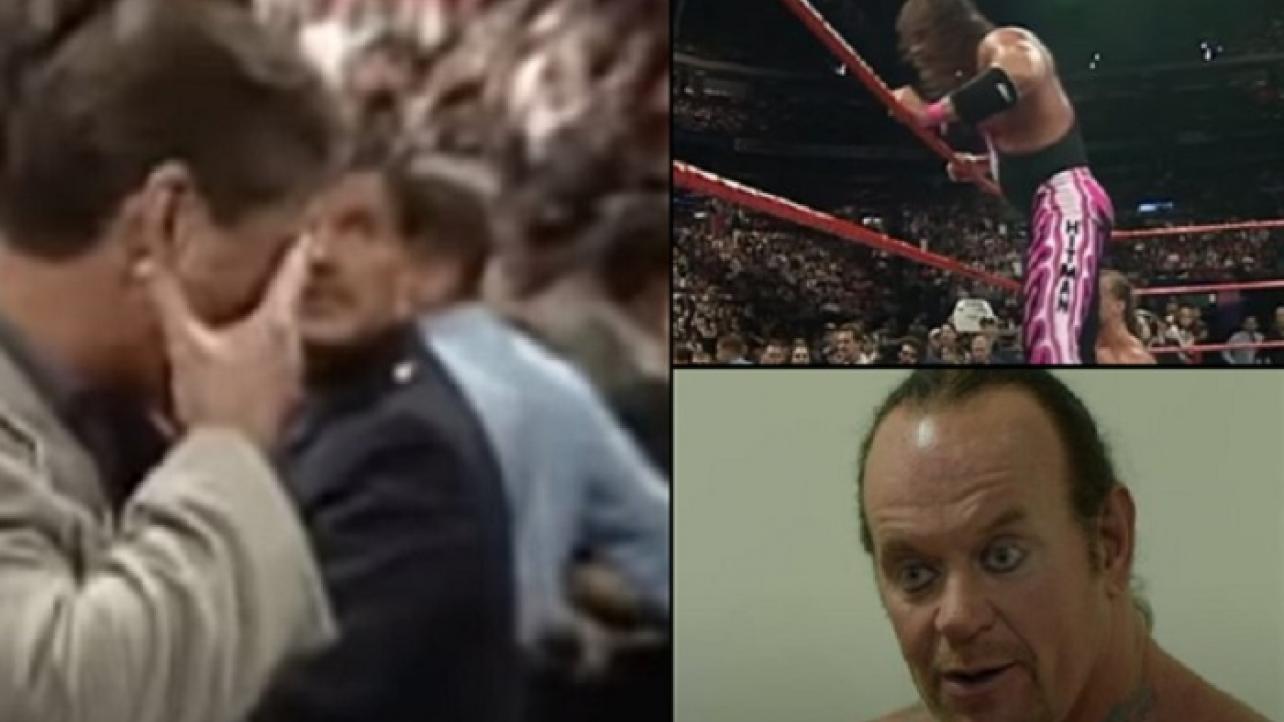 Undertaker Reveals His Take On Infamous WWE Montreal Screwjob, Talk He Had With Vince McMahon Afterwards

As the promotional push continues for the ongoing critically-acclaimed WWE Network original documentary series, Undertaker: The Last Ride, “The Phenom” has been making the rounds on some mainstream sports shows to help spread the word about the multiple-part series that chronicles his legendary career with WWE winding down.

“The Deadman” appeared on the Bill Simmons Podcast to promote the show, which releases episode three soon on the WWE Network service (Full Undertaker: The Last Ride Schedule HERE), during which he discussed the infamous “Montreal Screwjob” incident back at the WWE Survivor Series 1997 pay-per-view.

The incident saw Vince McMahon essentially lie to his top Superstar, Bret Hart, ahead of his final match against his most intense real-life bitter-rival at the time, Shawn Michaels, in his own home country of Canada where he is a nationwide hero, by telling him he was going to do one thing while secretly plotting to screw him in front of the world.

The Undertaker, a locker room leader and a friend of Vince’s, finally revealed how he felt about the situation and revealed a private conversation he had with the WWE Chairman after everything went down.

Featured below are some of the highlights from the Undertaker interview on the Bill Simmons Podcast.

On being mad that he wasn’t asked to help out in the situation: “I was pissed. I was pissed about the whole thing because I felt like there, I possibly could’ve been used to get what we needed. Take Shawn out of this, let me do it, and then I’ll do business on the other side, and I think Bret probably would’ve went for that. There was such disdain at that time between the two of them, and Bret was leaving. But I was just kind of, at that point I was like, if … it’s (McMahon’s) company and he did what he thought was best, but I was like, ‘Dude, I think I could’ve helped this whole thing out. I’m right here and you know I’m gonna do business.’ But it happened, and I was real pissed.”

Check out the complete interview with The Undertaker at Apple.com.

(H/T to NYPost.com for transcribing the above Undertaker interview quotes.)

Undertaker Reveals His Take On Infamous WWE Montreal Screwjob, Talk He Had With Vince McMahon Afterwards