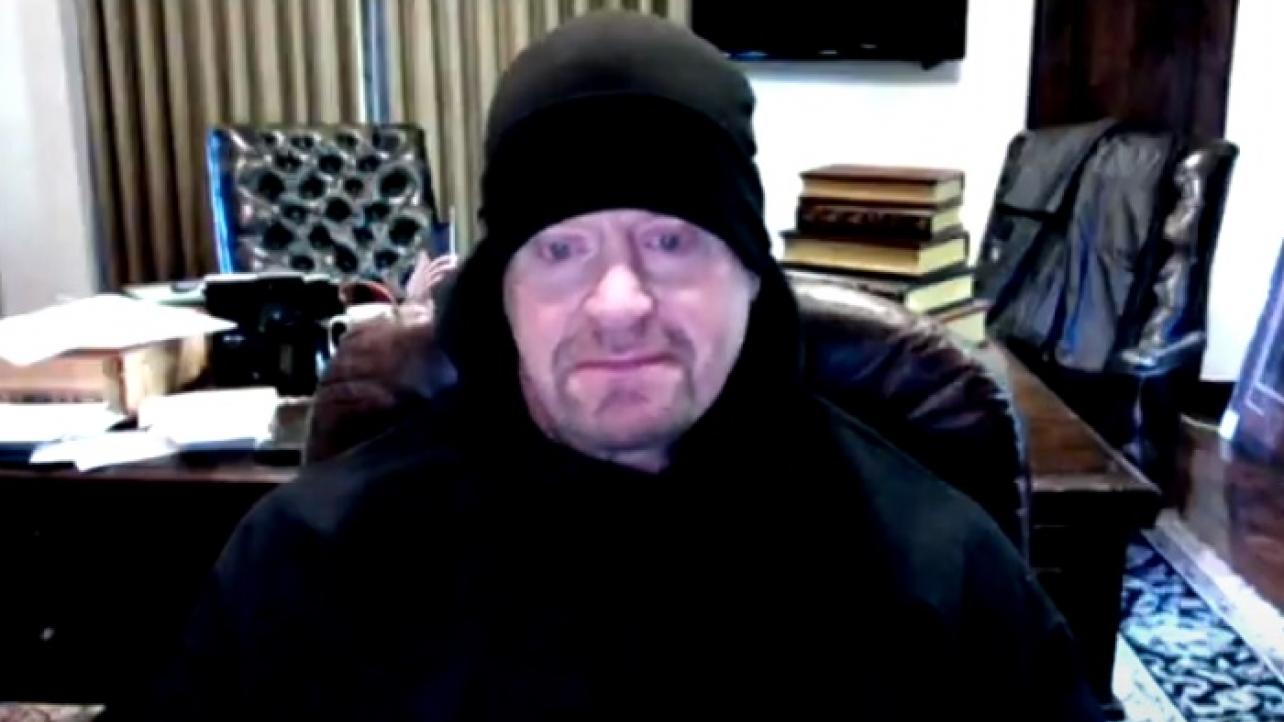 Ahead of tonight’s Survivor Series pay per view the Undertaker spoke with CBS Sports to discuss whether or not Vince McMahon would ever ask him to return, and what his role might be like for WWE in the future. Highlights are below.

Not sure if Vince McMahon will ask him to return:

Whether he will be making appearances for WWE in the future:

“You are always linked to it once you’re in this business — especially when you’re in it as long as I’ve been in it, you’re linked to it forever. I actually enjoy going to the Performance Center and working with the young guys. I can definitely see myself doing that. If there’s a role for me somehow that makes sense on camera, I’ll cross that bridge when I get there. I do know it’s extremely difficult for me to be at an event that I’m not working at because I just have that natural instinct that I should be getting ready right now or doing this. If I’m sitting there watching a monitor with other talent, I get caught up in it. The only reason I’m calling it a day is simply because I don’t have the physical tools to do this at a level I want to do it. The passion is still there, and if I could, I would do this forever. But that’s not a reality, and that’s now how that works. You have your run and your time. I was blessed with an extremely long run, and I need to be happy with that and move on to whatever comes next. I’m not stepping away because I want to or I’m burned out or anything like that. I’m just physically spent, and I have to think about the rest of my life and the quality of that life.”

How the backstage atmosphere has changed:

“It appears to me that it’s more of an individualist locker room now. Everybody kind of does what they want to do and there isn’t that governing body that kind of keeps everybody together. I could be wrong. I’m not there enough to give a real insightful answer. That’s just the way it appears to me. I see guys with leadership qualities, I just don’t know it’s being exercised to the extent that it was back in the day. That’s not to say it’s good or bad, that’s just how it is. The business evolves and the locker room evolves. Sometimes that’s for the better, sometimes for the worse. We’ll see what happens, but it doesn’t feel as tight-knit as it used to.”