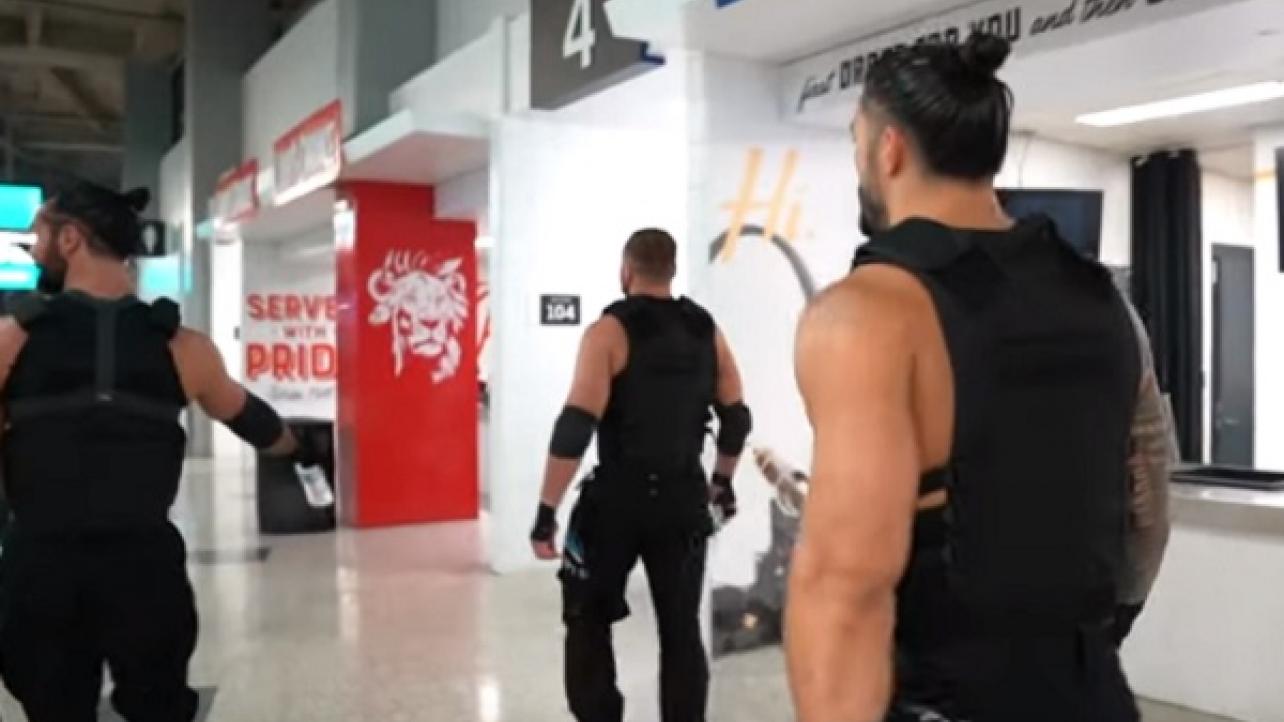 – WWE re-aired The Shield’s Final Chapter on the WWE Network after RAW on Monday night. They also released the following video, which gives fans the point of view of being an honorary member of The Hounds of Justice, as Roman Reigns, Seth Rollins and Dean Ambrose make their trademark entrance as The Shield for the final time.

– Bayley posted the following on her official Twitter page ahead of tonight’s heavily-advertised episode of WWE SmackDown Live.

Smackdown is going to be good for me.

– WWE released another preview clip for tonight’s new episode of the Miz & Mrs. reality show, which premieres on the USA Network immediately after the SmackDown Live broadcast. Check it out below.

.@mikethemiz reveals a replica title emblazoned with his dad’s face as the top prize of his fantasy football league.#MizAndMrs is all new TONIGHT at 10/9c on @USA_Network! @MaryseMizanin pic.twitter.com/WnstBkcjfm