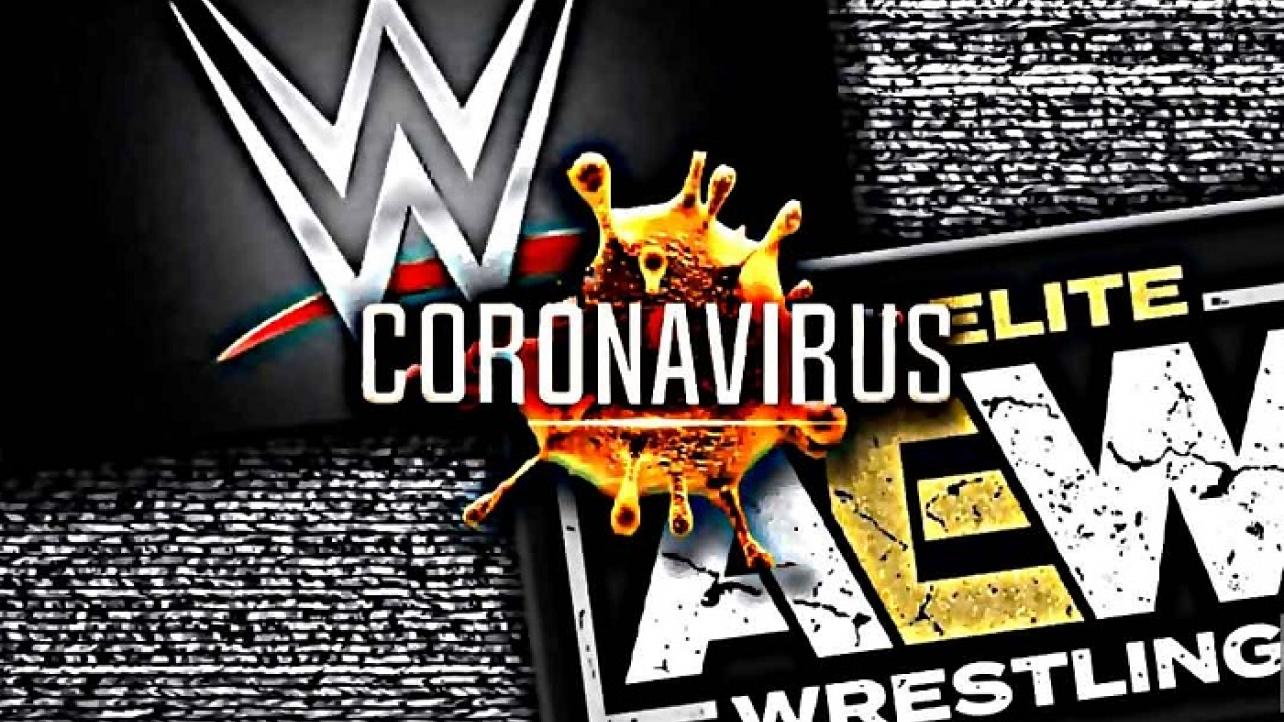 One of the reasons that the latest COVID-19 outbreaks in WWE and AEW seemed to coincide with each other is because of the interactions between wrestlers in both promotions, reports the Wrestling Observer Newsletter.

With both promotions running very close to the area, Orlando is somewhat of a “hotbed” as far as the virus goes and talent from WWE and AEW not only work out together, but they also socialize and some are even in relationships with one another that may have very likely led to infections on one or both sides.

Another contributing factor is that some of the wrestlers are working independent shows where there are no stringent testing protocols in place (or perhaps none at all) and there are fans in attendance. This would most apply to AEW wrestlers, who take on indie dates, as WWE talent are never allowed to do that.

Since their recent virus outbreak, AEW has ramped up their testing protocols for wrestlers.

The promotion now requires everyone to have a negative test result before even coming to Jacksonville, and then upon approval have to take another test. Until the results of the second test are available, the wrestlers and staff are now allowed into the arena.

Tony Khan, with his family’s connections to the NFL, is also working with that league’s COVID response team to come up with even stricter protocols.