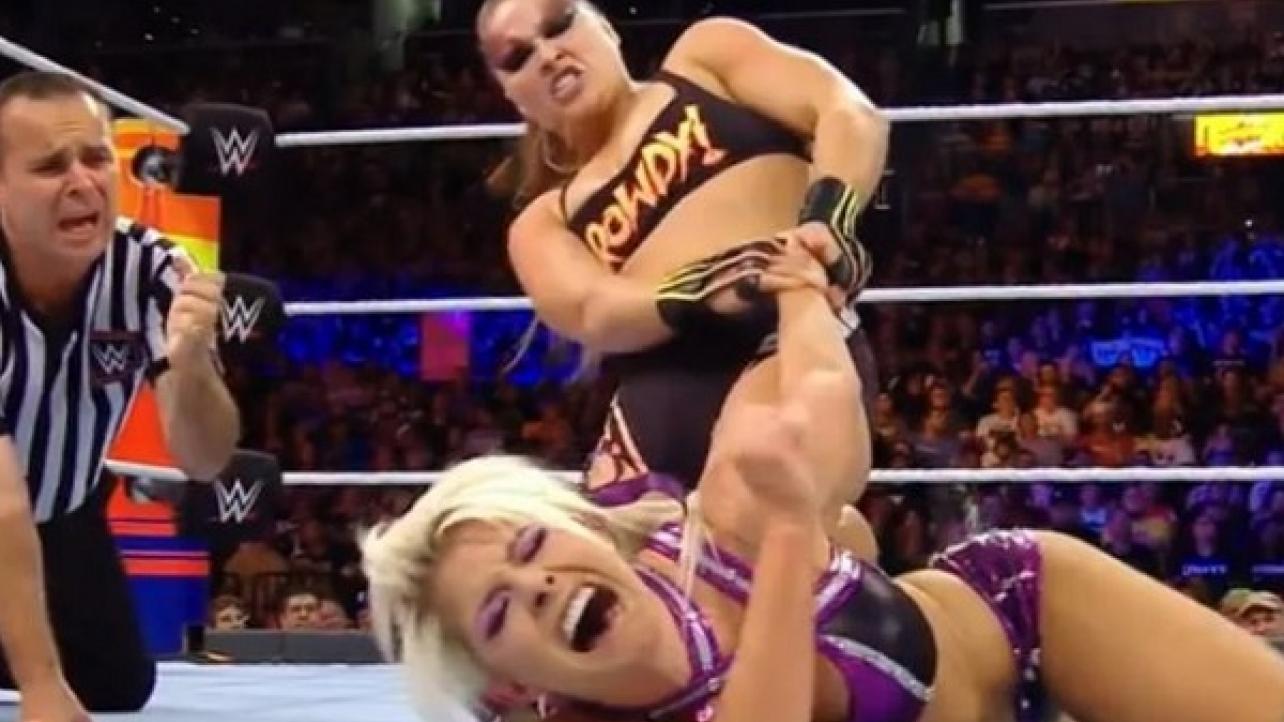 Alexa Bliss is suffering from numbness in her left arm and WWE is using the storyline reason that it is due to Ronda Rousey’s armbar at the recent WWE PPV, Hell in a Cell. In addition to being pulled out of the Mixed Match Challenge, Bliss also appears off of house shows this weekend and has not been physically cleared to wrestle. However, WWE doctors have given her the go ahead for “minimal exertion” which opens up the possibility that she could still be on TV in a managerial capacity.

Where the Mixed Match Challenge is concerned, once she is cleared to return to action, she is fully expected to retake her position as Braun Strowman’s partner and WWE also has zero concerns about her availability for the Evolution PPV at the end of October where Bliss will wrestle WWE Hall of Famer Trish Stratus.