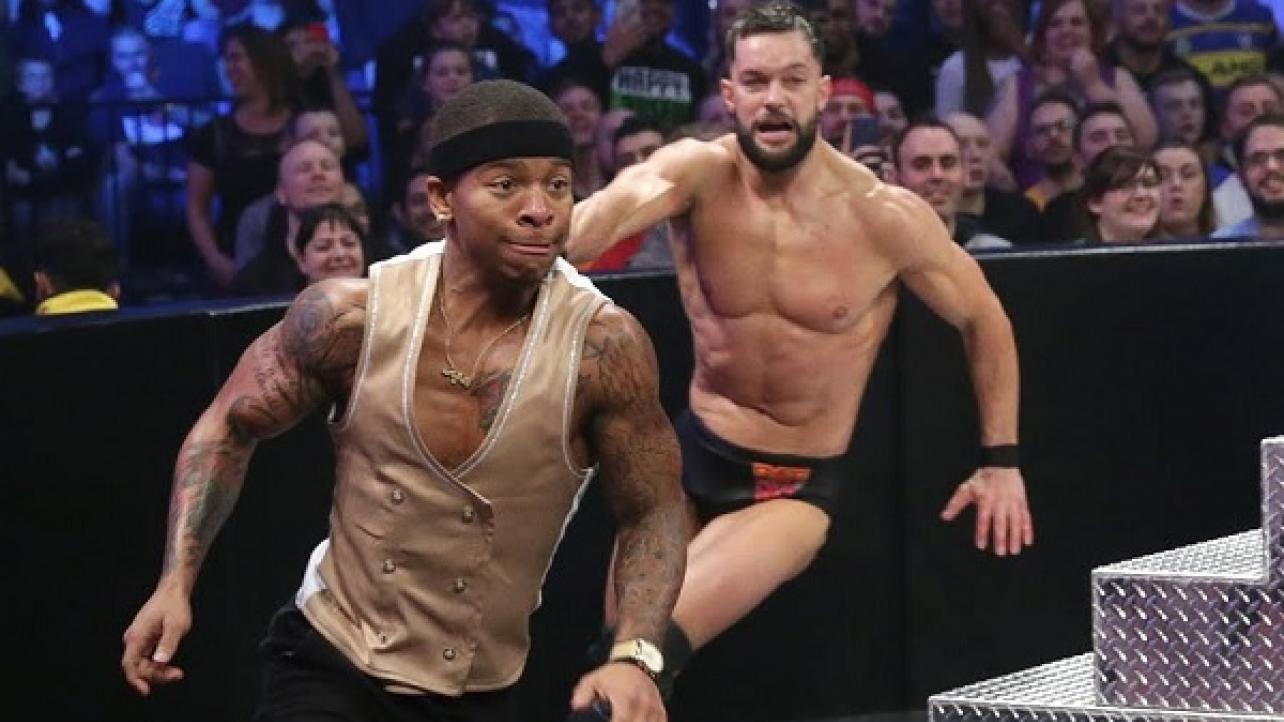 As noted before, Lio Rush has been in the WWE doghouse lately, dealing with internal heat backstage. A new report from Fightful.com suggests that an incident with Finn Balor is partly responsible for that.

According to the report, Rush has insisted on having his wife present at almost all times and was told by Balor that Vince McMahon likely wouldn’t take kindly to her sitting in on rehearsals. Rush then responded “unfavorably” and word got around backstage to other wrestlers, many of whom wanted him out of the locker room for a while. Rush has also repeatedly been talking backstage about landing a new reality show with his wife, which also has not endeared him with his fellow talent and actually ended up with management involved. Finally, the report notes that one source in the company doesn’t think Rush will be back on the main roster anytime soon, though it’s unclear what this means for Lio’s current status with WWE.

In response to all the recent rumors last night, Rush then tweeted the following along with removing any mention of WWE on his Twitter page and including an email address for business inquiries (which in of itself isn’t strange, but worth noting).

Some of the stuff that i read after getting tagged in on these “dirtsheets” are ridiculous. But since y’all are recording my every move. Put this one in your newest article for me. Where I’m from, i was taught to value hard work, not complacency…

Push and believe in yourself past expectations other people have made for you. Put your family and god first before anything. Remain humble but stay hungry. Fight for the things you believe in and never apologize for being you. Spread the word. #Heel