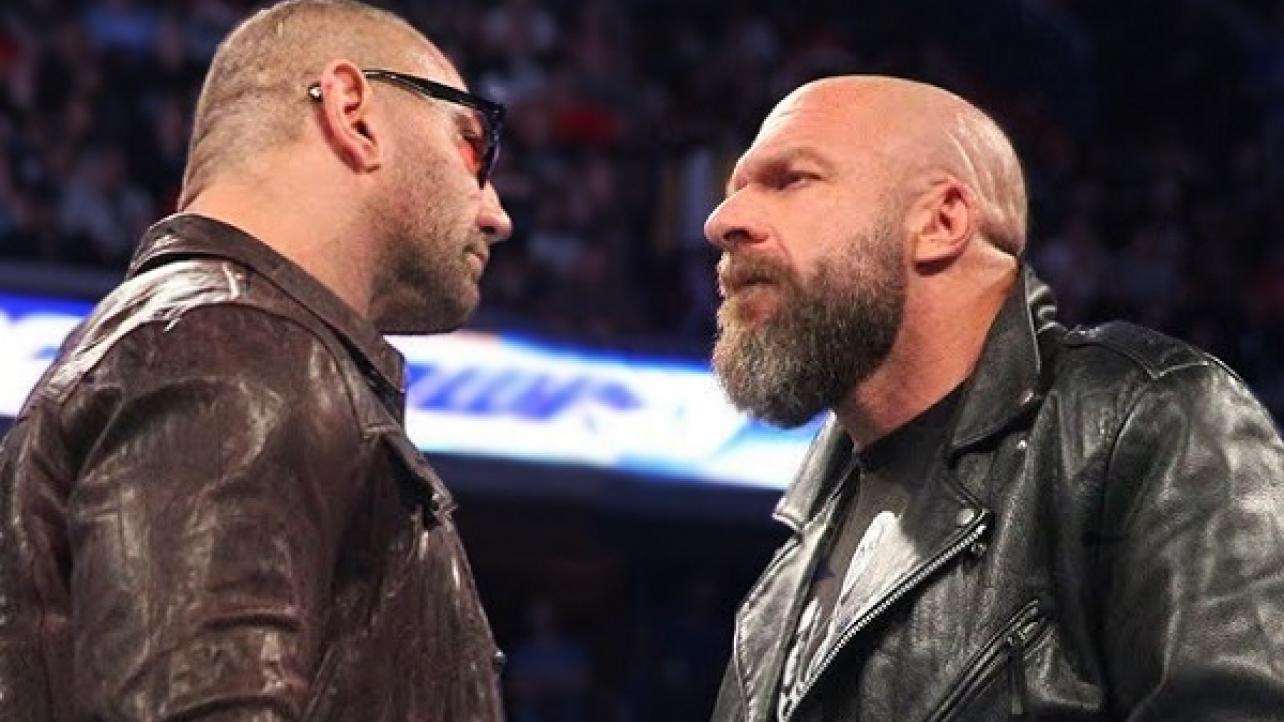 As we reported on Monday, Dave Bautista (Batista) has been negotiating with both WWE and All Elite Wrestling (AEW) for a potential return to the ring.

It was noted that “The Animal” has been in talks with both promotions about a return to the squared circle for a comeback match, most likely at either WrestleMania 35 or Double Or Nothing 2019, depending on how things end up.

While there is no word regarding how the meeting went, the original story noted that Batista was “50/50 on returning at this point” based on how discussions with WWE were going once the initial negotiations began.

“The Animal” has left WWE in the past on multiple occasions over disagreements regarding creative, so the actual specific plans for his return are going to be an important deciding factor when he finally picks up the pen to ink the contract.

We will keep you updated as more information regarding Batista’s potential WWE return or AEW debut becomes available. Until then, keep an eye on our updates on our Twitter feed for up-to-the-minute breaking news and rumors!