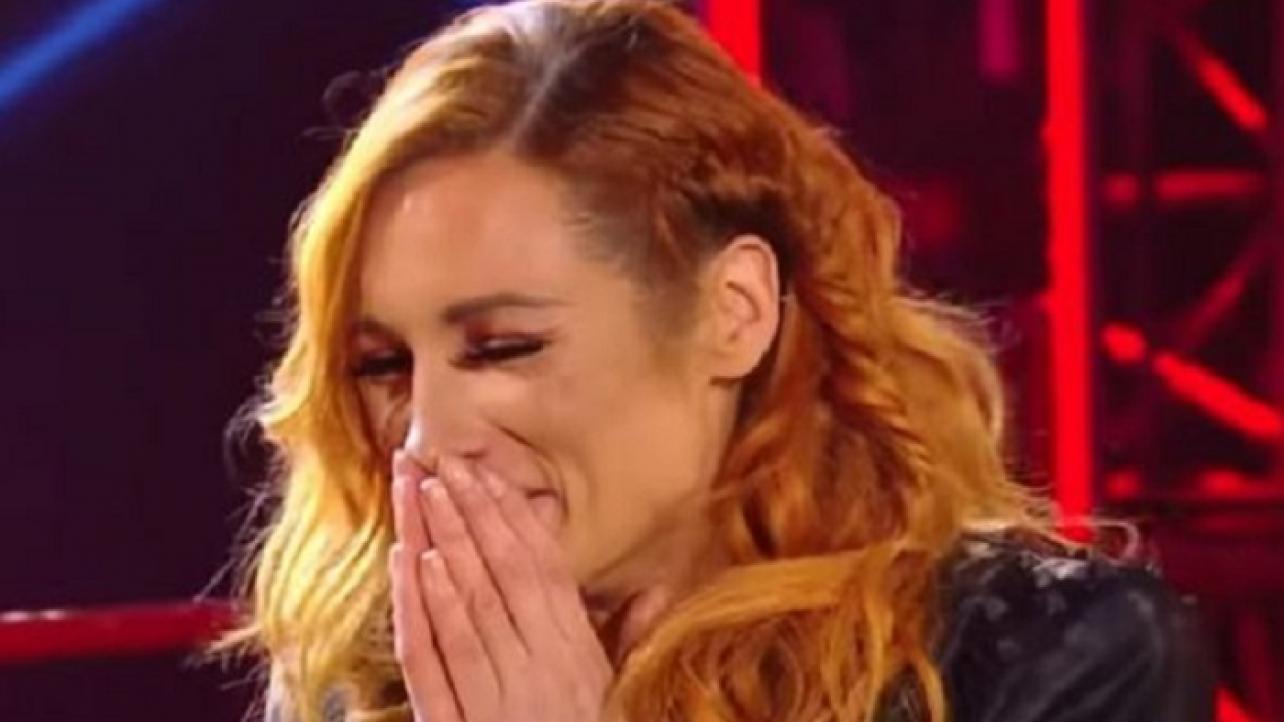 Has the WWE Universe seen the last of the days of Becky Lynch as an active talent following her pregnancy announcement on Monday Night RAW?

Lynch’s “farewell” promo that aired last night on Raw was taped earlier in the day.

While several people obviously knew about it, everyone was asked to keep it quiet until Lynch herself announced her pregnancy on Raw.

There were others that had no idea though those specific details are unclear.

While Lynch found out that she was expecting in April, it’s unclear about the exact timing of whether she worked WrestleMania while pregnant.

PWInsider.com adds that during the airing of Money in the Bank this past Sunday, Asuka was unaware that her match win was ultimately going to translate into a direct title reign so by that logic, it would appear that she and WWE were made aware sometime between the two PPVs.

Lynch’s return, if decides to come back, is completely up in the air as sources suggest her top priority for the foreseeable future is motherhood.

It should also be noted that Lynch has been getting more and more involved in acting ventures so that is another path she could take.