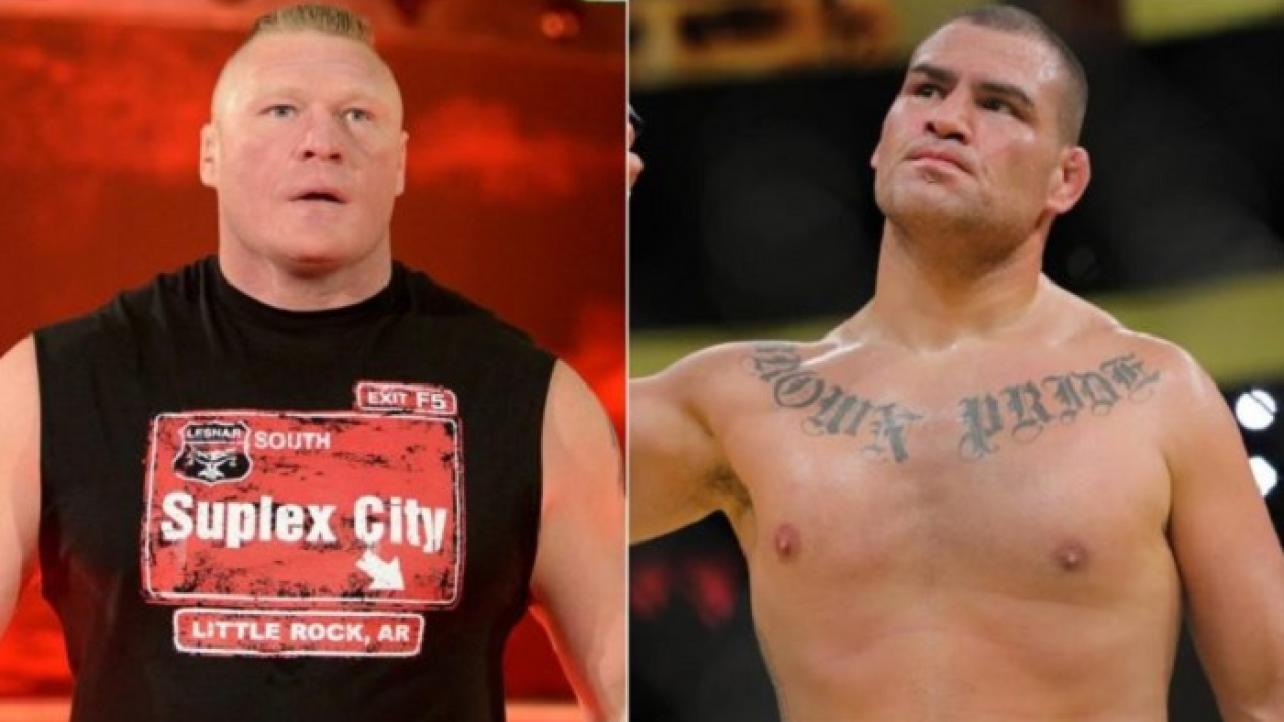 Uht-oh, it looks like things are getting complicated in terms of the ongoing negotiations to bring former UFC Heavyweight Champion and new AAA Lucha Libre performer Cain Velasquez into the WWE Universe.

In a follow-up to a previous report about WWE engaging in negotiations with Cain Velasquez, at one point a deal was close enough that WWE started steering storylines towards a possible match against Brock Lesnar.

For the full story on the backstage rumblings regarding WWE working on putting together a Velasquez-Lesnar rematch inside the squared circle, read this eWrestling.com article from earlier this week.

The Wrestling Observer Newsletter reports that there have been “snags in the negotiations” that are likely related to either differences in creative or compensation.

Velasquez is also reportedly been talking to AEW and New Japan as well.

One of the creative issues with WWE appears to be that Velasquez wants to come in s a “masked high flying super hero” but WWE is not interested in that sort of character.

Instead, they are looking to play off of the 2010 fight where Velasquez beat Lesnar for the UFC title.

We will keep you posted right here at eWrestling.com as additional news surfaces regarding Cain Velasquez possibly joining WWE!