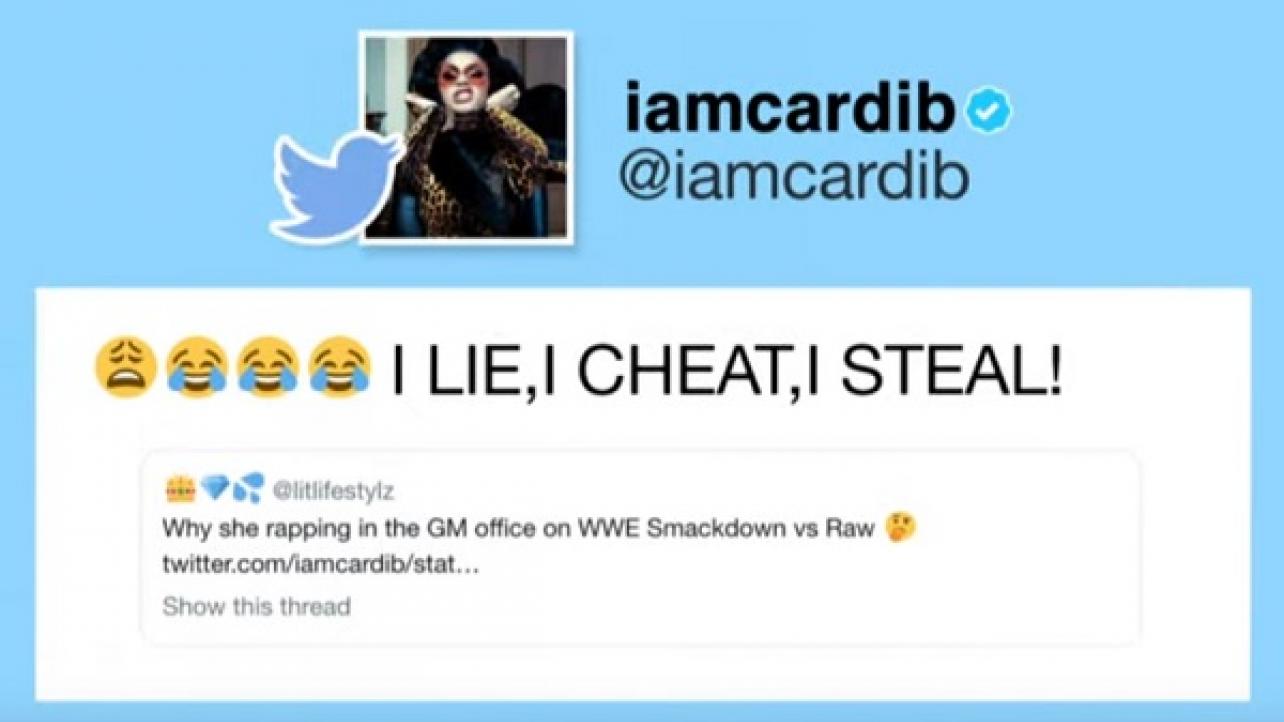 – As noted, hip-hop star Cardi B. started somewhat of a viral sensation this week when she quoted late WWE Hall Of Famer Eddie Guerrero’s catchphrase, “I Lie. I Cheat. I Steal.” in a tweet posted to her more than six million followers on Twitter (@iamcardib) before getting involved in some back-and-forth chats with multiple WWE Superstars on social media. WWE covered this topic in the latest installment of their digital series, WWE Now, which you can check out courtesy of the official WWE YouTube channel below.

– Also new on the official WWE YouTube channel, as well as other various official WWE social media outlets is the latest edition of the WWE digital series, This Week in WWE. The video covers Charlotte Flair driving the pace car at the recent NASCAR Coca-Cola 600 race and more. Check it out below.

– Finally, the latest edition of WWE List This! features a look at five of the most shocking facts about RAW Women’s Champion Becky Lynch. Check out the video featuring the special list about “The Man” below.

You’ve outdone yourself again, @VicJosephWWE, because these @BeckyLynchWWE facts are bound to shock even the BIGGEST fans of #TheMan! pic.twitter.com/xt6yJ0INw2