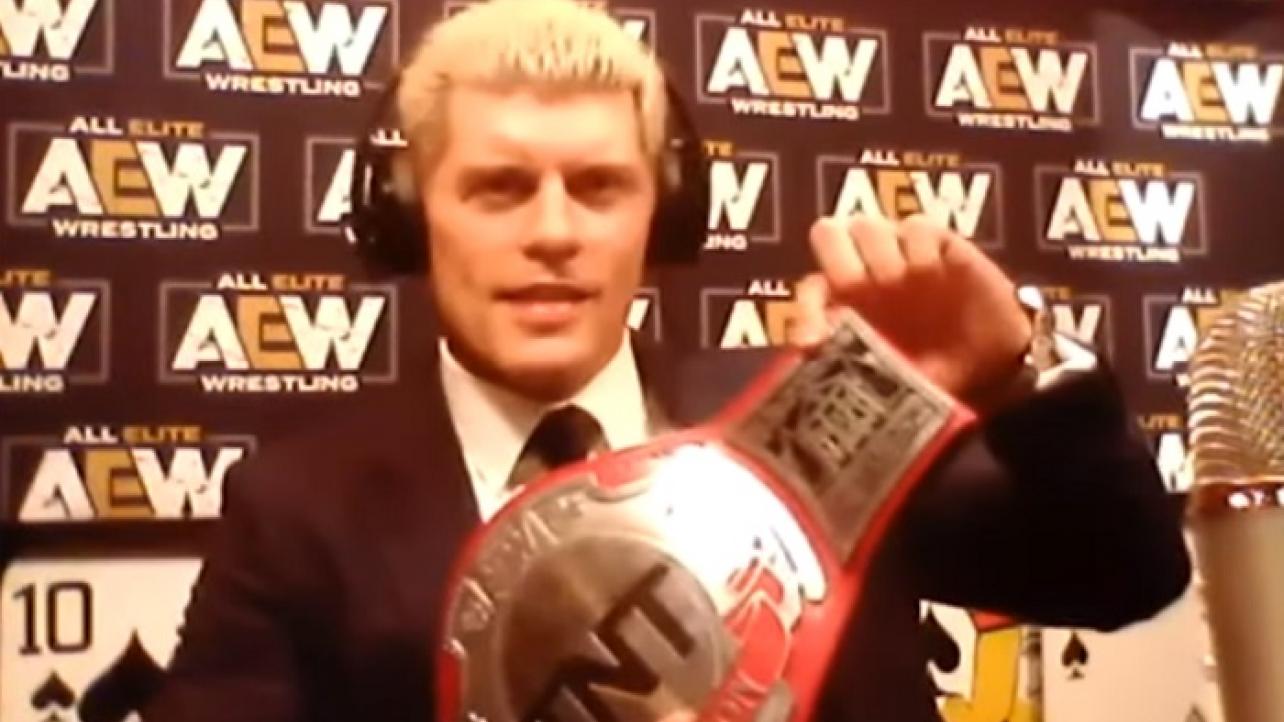 Cody appeared on last night’s AEW Dynamite and noted that he will be holding an open challenge for his newly won TNT Championship belt and that he would be defending the title on a weekly basis.

First up is presumably Jungle Boy, who won a Battle Royal on the show to get first crack at the championship.

TNT Champion @CodyRhodes makes it an open challenge for the belt. Who’s up first? #AEWDynamite on @tntdrama pic.twitter.com/37juuu63qR

Britt Baker, who had to be pulled out of AEW Double or Nothing last weekend after suffering a knee injury announced that she would be back in action at the All Out PPV scheduled for September 5.

Tony Khan had previously noted that Baker would be sidelined for multiple weeks while recuperating.