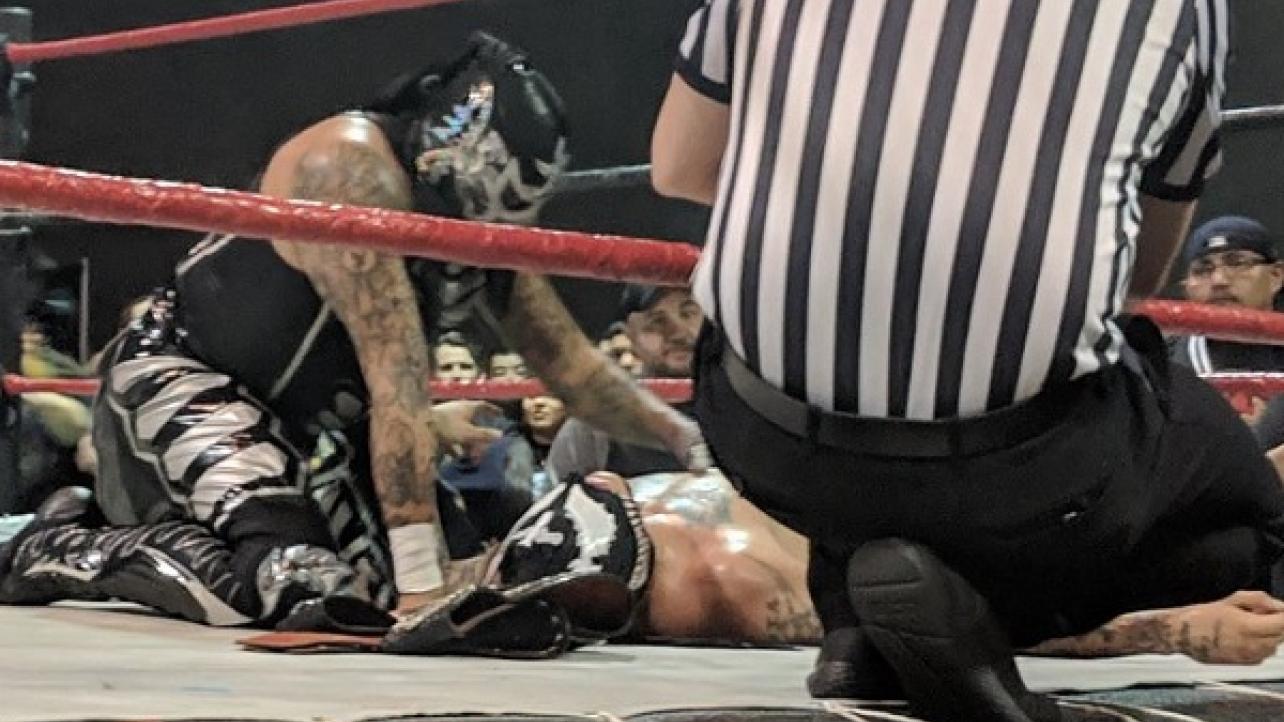 As noted, many independent pro wrestling promotions hearts collectively skipped a beat this weekend when it appeared that Fenix went down with a neck injury during the main event of Friday night’s AAW Lucha City Limits event.

Fenix and his Lucha Bros tag-team partner Pentagon Jr. defeated AR Fox and Myron Reed in the main event of Friday night’s show in Austin, Texas, however they took some lumps and bumps in the process of doing so.

The finish of the match was abrupt, as Fenix suffered an apparent neck injury while attempting to execute a diving cutter (Video Here). He ended up landing bad and had to be stretchered to the backstage area while the match quickly came to an end, with The Lucha Bros coming out on top and capturing the AAW Tag-Team Championships.

We reported earlier that Fenix was taken to a nearby hospital in the local Austin, Texas area immediately after the show. In an update posted by the AAW promotion via social media, it appears that Fenix suffered a “muscle contusion” during the match on Friday night.

“UPDATE on Rey Fenix,” wrote the promotion via their official Twitter page on Saturday afternoon. “He has been treated and released from the hospital with a muscle contusion.”

The tweet continued, “He is feeling good and will be back up to 100% after some rest. We thank you all for your concern and for making #LUCHACITY such wonderful time!”

There was a lot of concern coming out of the AAW show due to the Fenix injury. Pentagon Jr. and Fenix just dropped the MLW Tag-Team Championships, won the Impact Wrestling and AAW Tag-Team Championships, and appeared at the AEW: Double Or Nothing Ticket Announcement Party to attack The Young Bucks, setting up an expected Lucha Bros vs. Young Bucks showdown for the All Elite Wrestling pay-per-view on May 25th at the MGM Grand in Las Vegas, Nevada.

For those who have yet to see it, you can check out the videos that leaked online from the AAW event that shows Fenix going down with the injury and being stretchered to the back, by clicking here.

UPDATE on @ReyFenixMx – He has been treated and released from the hospital with a muscle contusion. He is feeling good and will be back up to 100% after some rest.

We thank you all for your concern and for making #LUCHACITY such wonderful time!