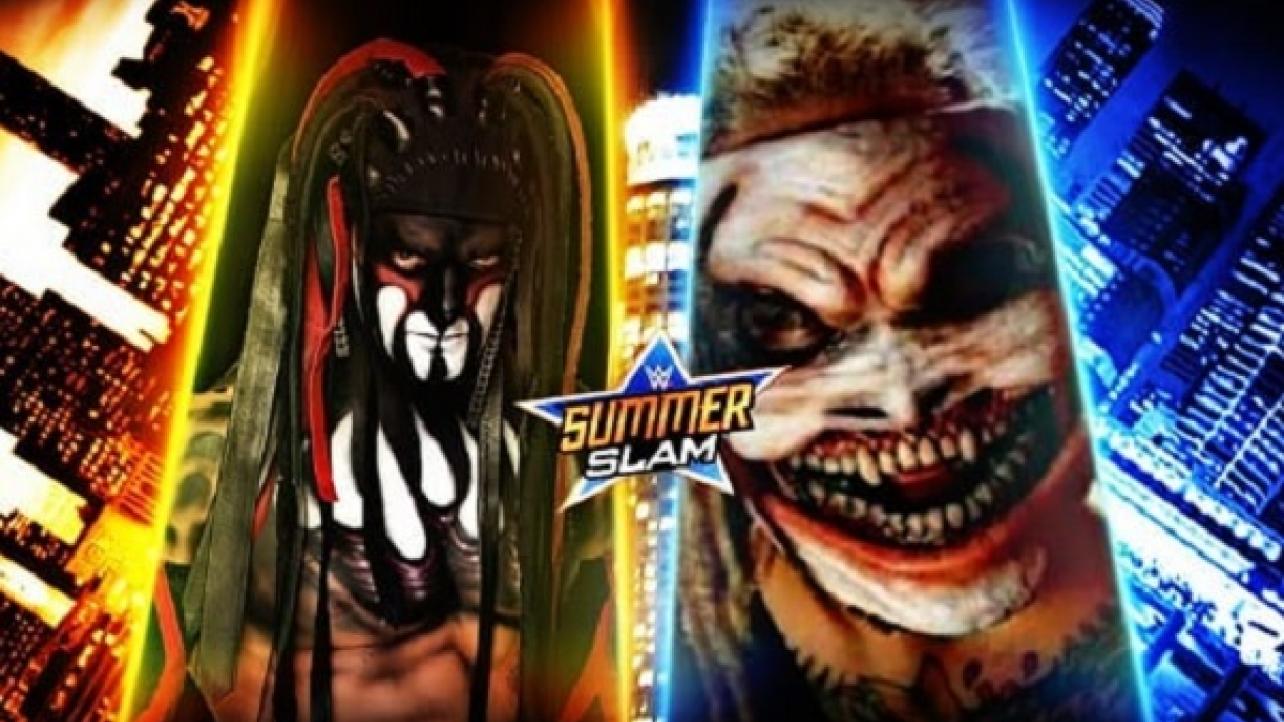 As noted, you can officially pencil in Bray Wyatt vs. Finn Balor for next month’s WWE SummerSlam 2019 pay-per-view.

Despite conflicting reports about Balor’s current WWE status, one of the new matches officially added to the lineup for WWE SummerSlam 2019 is Bray Wyatt — in his new character, “The Fiend” — facing-off against Balor in one-on-one action.

Wyatt’s gimmick is one that will feature him coming off as “a friendly, lovable children’s television host” during his non-physical promo segments, such as the Firefly Fun House segments we have seen on several past episodes of RAW and SmackDown LIVE.

The difference, however, is that when he wrestles, he turns into “The Fiend,” complete with his scary clown-style mask.

At this time Balor is not expected to wrestle as his “Demon King” persona against “The Fiend” at the WWE SummerSlam 2019 PPV, according to Dave Meltzer @DaveMeltzerWON), longtime editor of the trusted Wrestling Observer Newsletter.

It is, however, a logical next step in the Balor-Wyatt rivalry that at some point there will be an ultimate showdown between the two pitting “The Demon King” Finn Balor against “The Fiend” Bray Wyatt.

As far as how long the Balor-Wyatt program will last, that is anyone’s guess following recent and still-ongoing rumors that insist the Irish mega-star and first-ever WWE Universal Champion will be taking a hiatus after fulfilling his obligations at next month’s WWE SummerSlam 2019 PPV.

While the WWE machine will obviously continue roll on without Balor if and when he takes his expected leave of absence, it is believed that his rivalry with Wyatt will resume whenever he makes his return to the company.

WWE SummerSlam 2019 is scheduled to take place from the Scotiabank Arena in Toronto, Ontario, Canada on Sunday, August 11th. The show will be available via traditional pay-per-view, and will also stream live on the WWE Network.