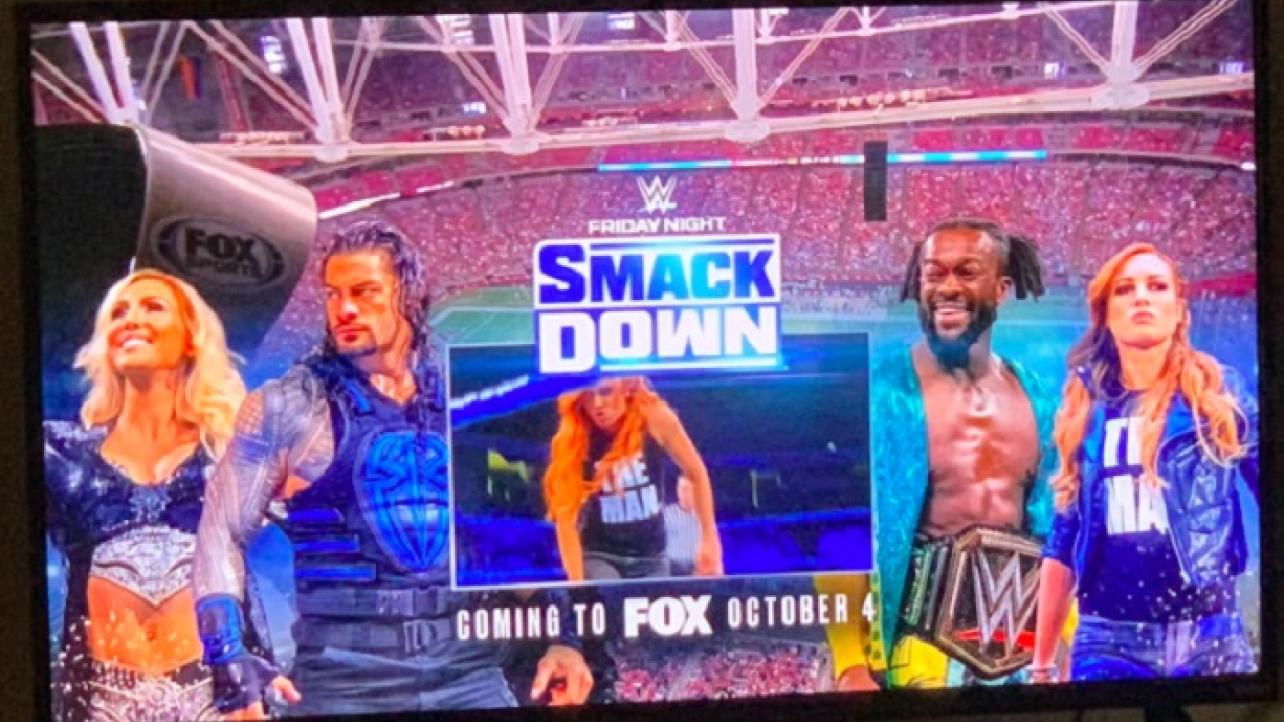 With the NFL season officially kicking off this week, FOX wasted no time in promoting Smackdown’s move to the station by airing a quick commercial during some of the games.

Here’s the graphic that was displayed showing stars Roman Reigns, Kofi Kingston, Charlotte Flair and interestingly, Becky Lynch – who is currently on Raw as the women’s champ of that brand.

Whether this means Lynch is going to be moving over to the blue brand is not yet known.

Update on #FOX promoting #WWE during #NFL #GameDay on Sunday, another #SDLive on #FOXSports ad during #NFLSunday + Is #BeckyLynch moving to #SmackDown?!