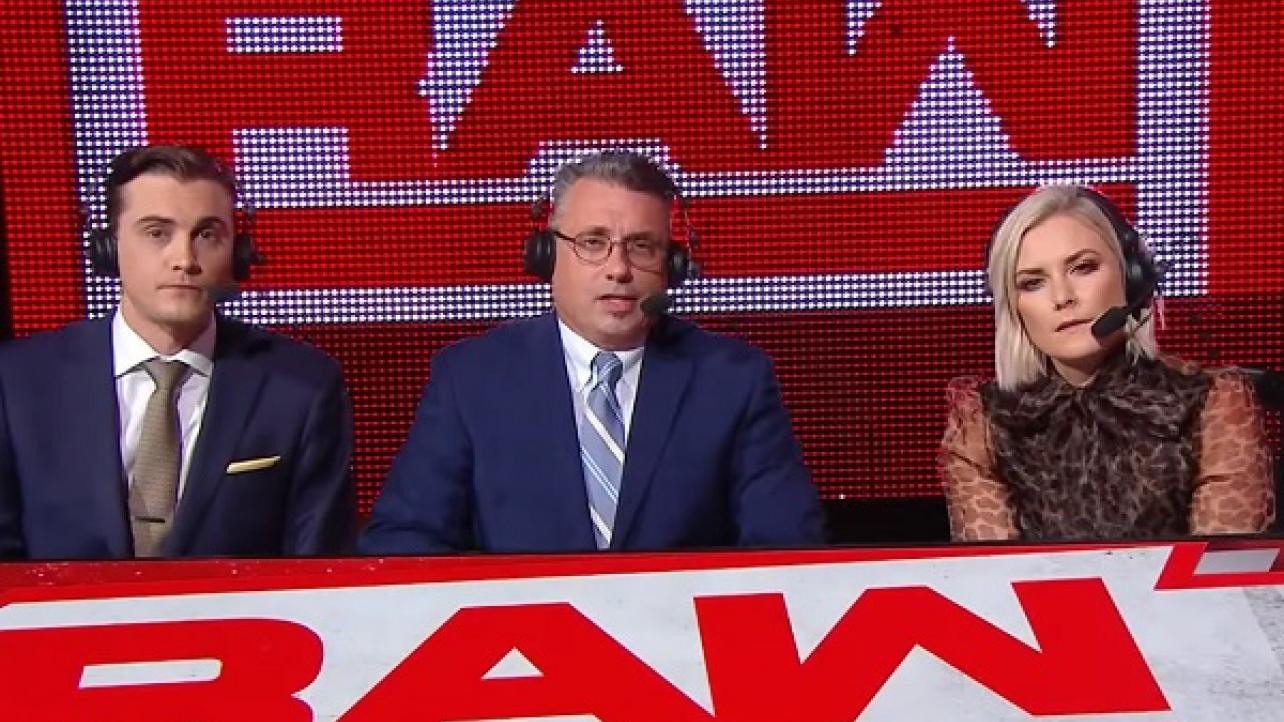 In a follow up to our previous headline about WWE’s announce teams being shuffled up in response to the launch on FOX, Corey Graves joked on Twitter that he is “retiring” amid all the rumors.

The @WrestleVotes Twitter account further clarified saying that the plan as of now is for Graves to join Michael Cole on Smackdown.

It’s unknown how the others would fit in as Renee Young was said to be a “favorite” of FOX and another report suggested that WWE would be transitioning to two-person commentating booths so this would leave multiple personalities without a role.

A separate report also noted that Vic Joseph would become the “lead man” on WWE Raw starting next month and that none of these individuals would be pulling double duty and instead they would be exclusive to one brand or the other.

Relaxing everyone, Corey Graves is not retiring. However, the plan as of this Tuesday was that he is moving to SmackDown on FOX along with Michael Cole. And he will only appear on SD. No more double duty for Graves.

We will keep you posted right here at eWrestling.com as more information becomes available regarding the announce team changes and other changes WWE has in store for the move to FOX.

Another great way to instantly find out the latest WWE and AEW backstage news and rumors is to follow our official @eWrestlingCOM Twitter feed, or by following our lead reporter Matt Boone on Twitter @MattBoone1984.