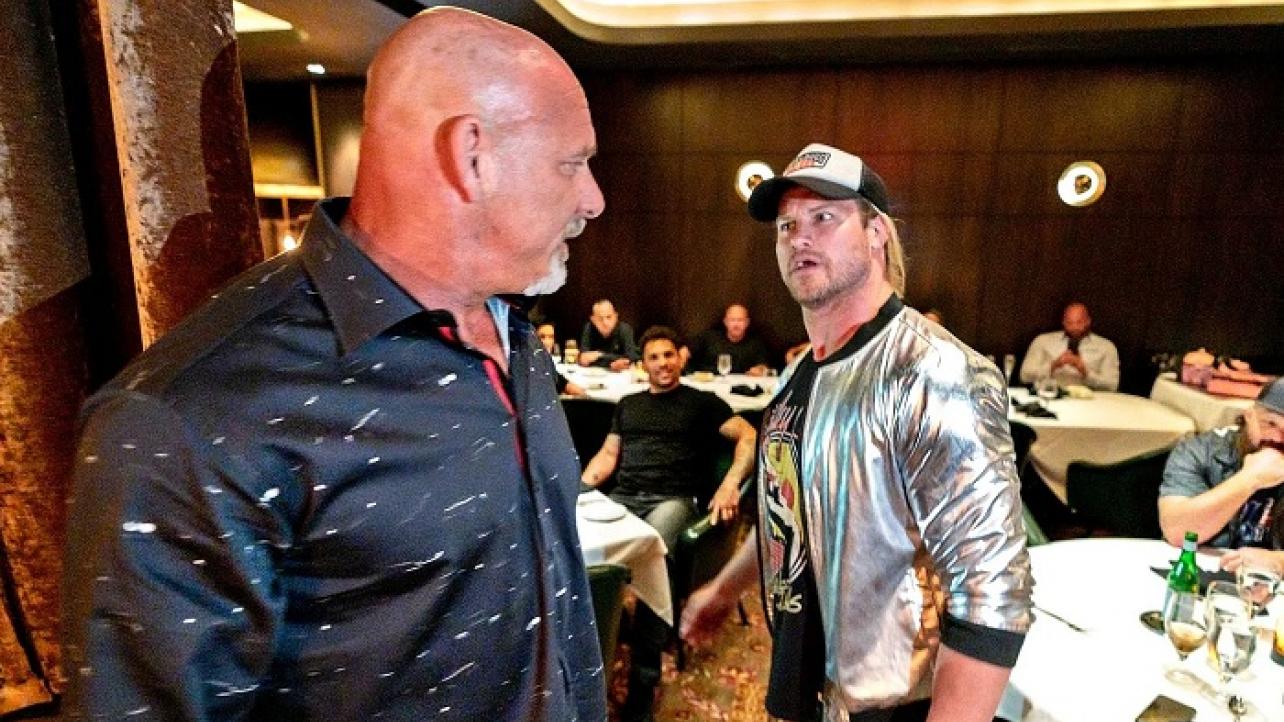 Update On Goldberg/Dolph Ziggler Incident: NOT Expected To Lead To TV Story Line

Despite previous reports suggesting that the recent Dolph Ziggler and Bill Goldberg non-wrestling incident is going to lead to a return by Goldberg to resume their storyline, the Wrestling Observer Newsletter reports that there are actually no plans to bring them back into a storyline or feud. That would suggest that Ziggler and Goldberg staged their angle on their own for publicity.

Paul Heyman is interested to keep Goldberg around as an “occasional character” who comes in and destroys people now and again as an old legend. He would remain in that role for several more years before eventually giving away to Brock Lesnar, who would then work as the “legend” who returns to beat people up.

Well, apparently the recent #Goldberg & #DolphZiggler restaurant incident will NOT lead to @Goldberg‘s #WWE TV return after all! So what was going on w/ #BillGoldberg & @HEELZiggler? WHEN will Goldberg return to #RAW or #SmackDown?

Update On Goldberg/Dolph Ziggler Incident: NOT Expected To Lead To TV Story Line