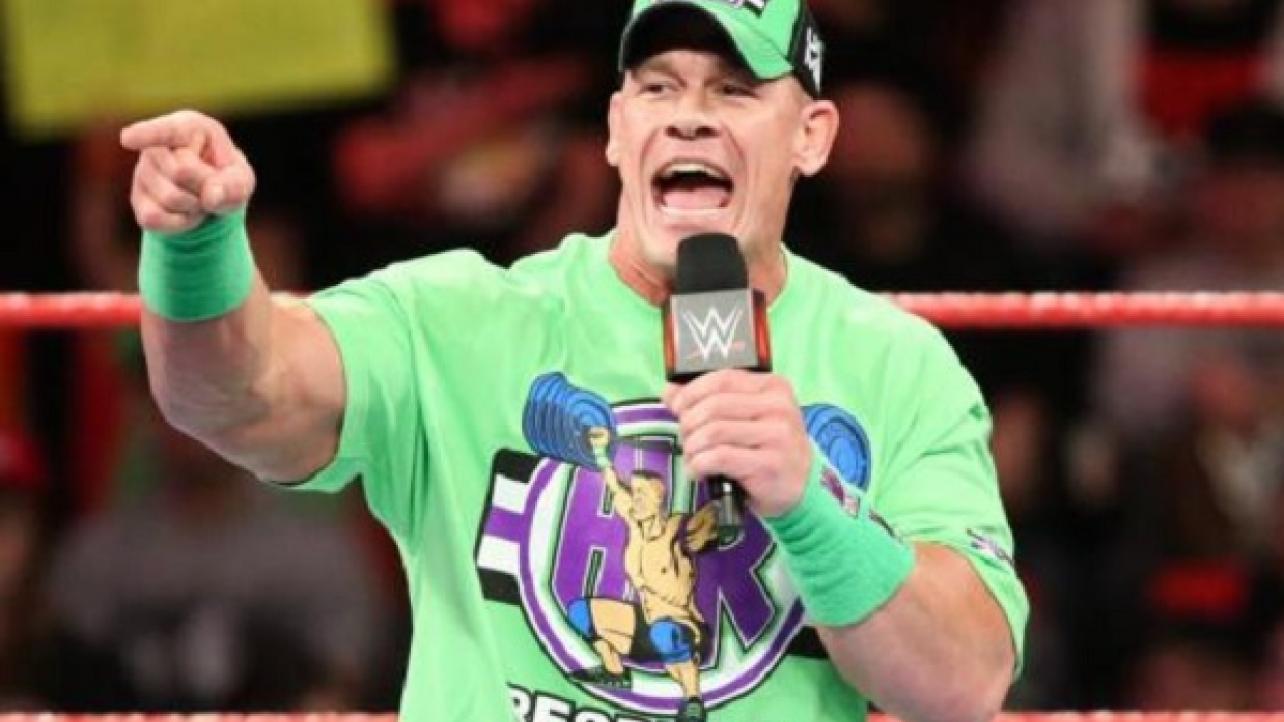 – As noted, WWE announced 13 dates for John Cena in December and January in a new update released on Wednesday. In addition to the information in the update they reported yesterday, we can also report that Cena will be teaming with Rey Mysterio to take on Randy Orton and Shinsuke Nakamura at the 12/29 WWE live event in Pittsburgh, Pennsylvania.

Additionally, it is advertised that Cena will team with Finn Balor to take on Drew McIntyre and Dolph Ziggler at WWE’s return to Madison Square Garden in New York City on 12/26. For more information on Cena’s schedule for the next two months, click here.

– The WWE Performance Center YouTube channel posted videos of NXT Superstars before and after their NXT TakeOver: WarGames II match at the STAPLES Center in Los Angeles, California this past Saturday night. Check out the video, which features The Undisputed ERA, War Raiders, Pete Dunne and Ricochet, below.