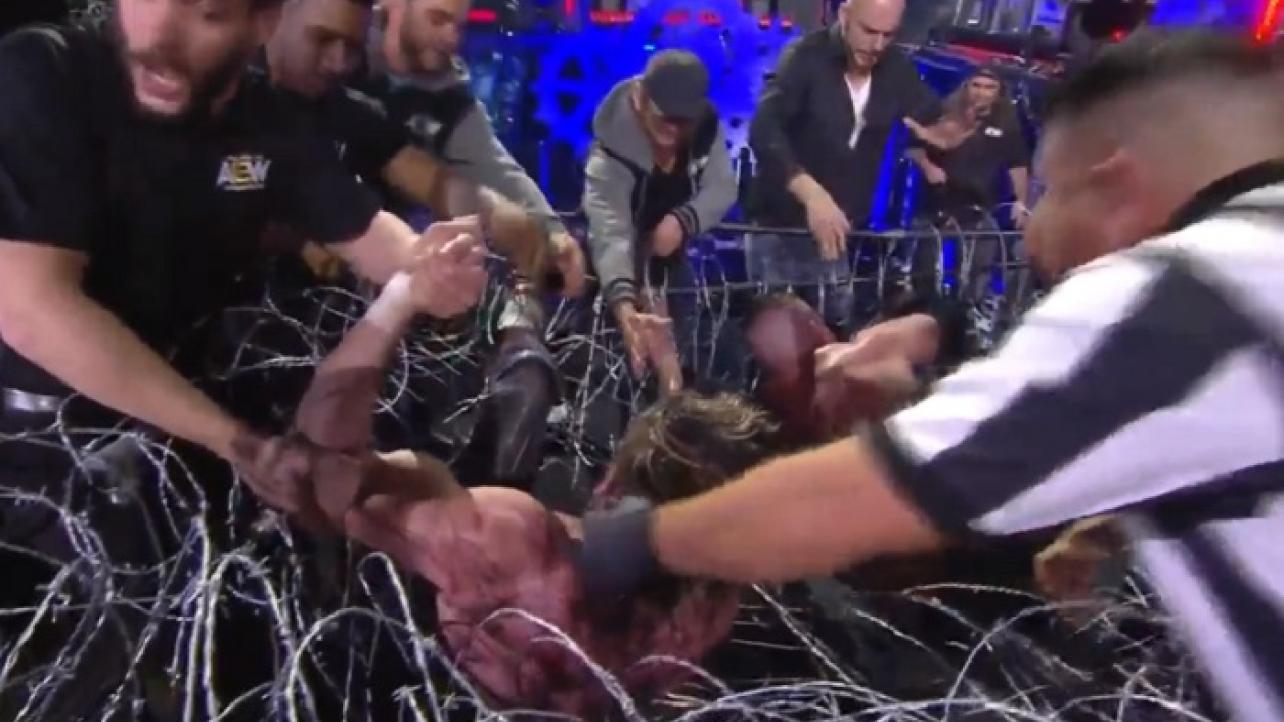 AEW superstar Kenny Omega issued a short statement on Twitter yesterday announcing that the company medical staff has not cleared him to wrestle following his brutal showdown with Jon Moxley at Saturday’s Full Gear pay per view.

The bout saw both men lay into each other with chains, barbed wire, glass, steel trash cans, and even a board of mousetraps.

Moxley would go on to defeat Omega after hitting the Paradigm Shift DDT on the exposed ring boards.

The Cleaner writes, “I lost and doctors won’t clear me for TV. The problem is that you left me alive and I’ll be back. I win.”

For graphic photos and video clips of the violent Moxley-Omega “Lights Out” match from the AEW Full Gear pay-per-view over the weekend, click here.

I lost and doctors won’t clear me for TV.

The problem is that you left me alive and I’ll be back.