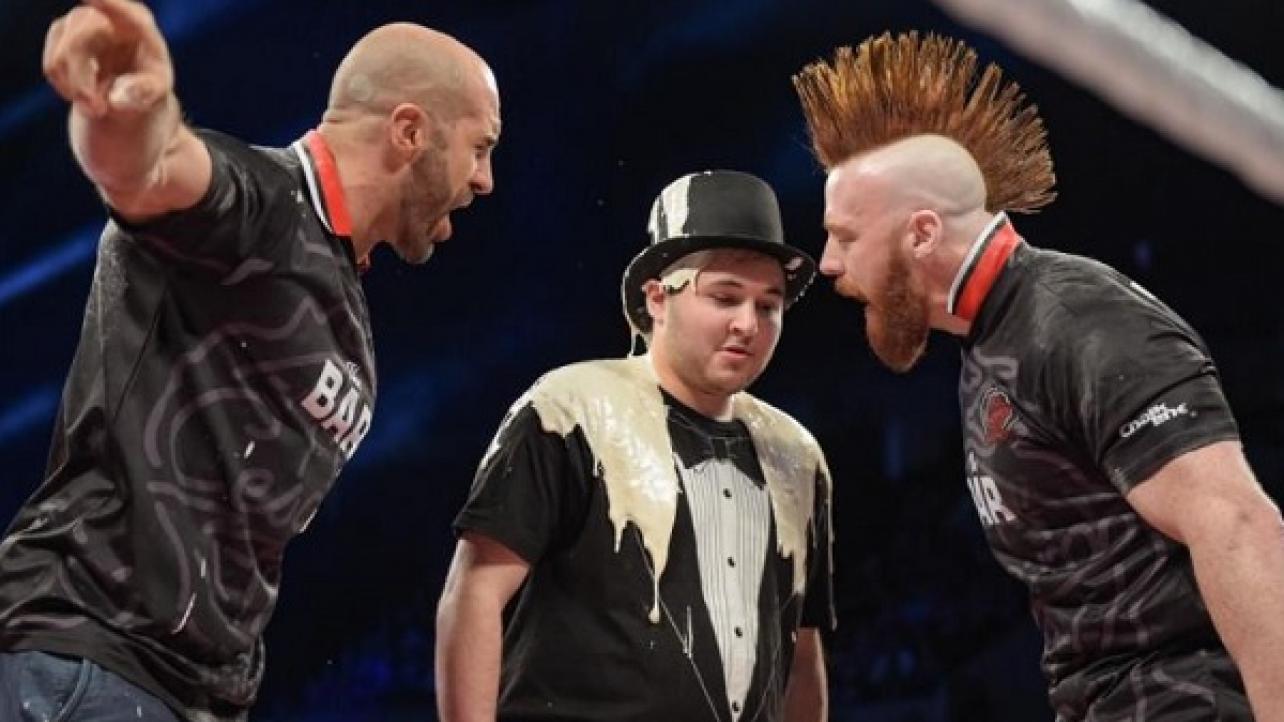 – After revealing the “One Night In Milwaukee” evidence against Lana on this week’s edition of WWE SmackDown Live taunting Rusev and Lana, Aiden English posted the following message on his official Twitter page on Wednesday:

It’s a PG show, everyone…

Besides, to paraphrase the great Rod Blagojevich – I’ve got this thing…and it’s freakin’ golden.#OneNightInMilwaukee

– Although Vince McMahon reportedly has given up on him in terms of a push, WWE Superstar No Way Jose (Levis Valenzuela Jr.) is featured in a new Hispanic Heritage Month video package that was released on WWE’s official YouTube channel on Wednesday. Check that out below.

– Dewey Foley was present at WWE SmackDown Live on Tuesday night, as he played “Mr. Bootyworth” in the segment with WWE SmackDown Live Tag Team Champions The New Day (Big E., Kofi Kingston & Xavier Woods) and The Bar (Sheamus and Cesaro) last night. Son of WWE Hall of Famer Mick Foley, Dewey usually works behind-the-scenes for WWE, not on-camera, so it was a rare appearance from the boy who inspired the infamous “Cane Dewey” sign in the crowd and subsequent legendary promo from Foley in the original ECW. Following the segment, Dewey tweeted the following to The Bar:

Sheamus and Cesaro are my heroes