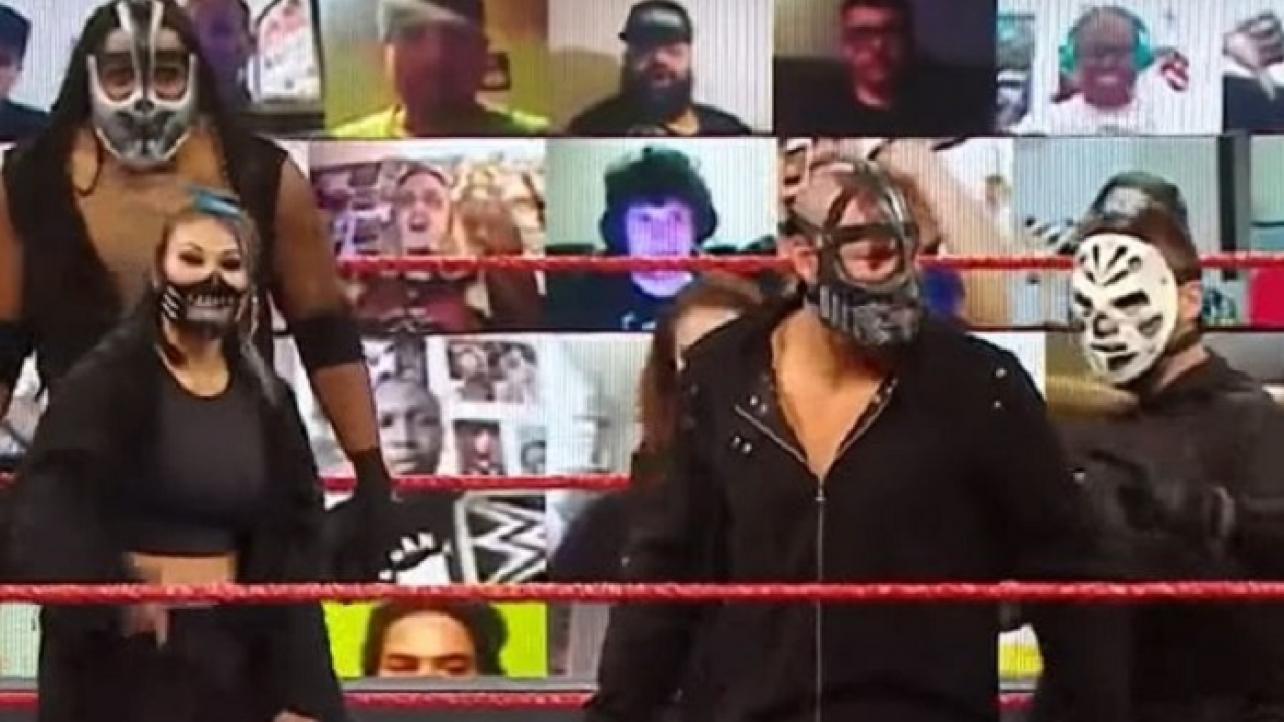 WWE officially added the RETRIBUTION stable to the Raw roster on Monday night and not only that, but they repackaged at least three of the wrestlers, naming them.

These new names weren’t exactly lauded by the wrestling community and it seems the feeling extends backstage as well.

The @WrestleVotes Twitter account reports that the “presentation” of the group was a significant topic of discussion behind the scenes at Raw and one source noted that the masks and names that the company has come up for them has made it an “impossible road” for the wrestlers to climb.

Fightful.com adds that everyone they have talked to has commented on how ridiculous the names sound.

One wrestler was quoted as saying “it sounds like something out of a bad movie or game, but I’m not sure Vince plays games or watches movies anymore.”

Meanwhile another suggested that the whole storyline feels like it’s been thrown together without any semblance of long term direction.

We will keep you posted here at eWrestling.com as updates regarding RETRIBUTION continue to surface.

Just talked to a source who was in the building last night… said the presentation of Retribution was a major topic of discussion, met w/ LAUGHTER at times backstage. Direct quote: “The masks & names are already making the road for these guys impossible to climb”