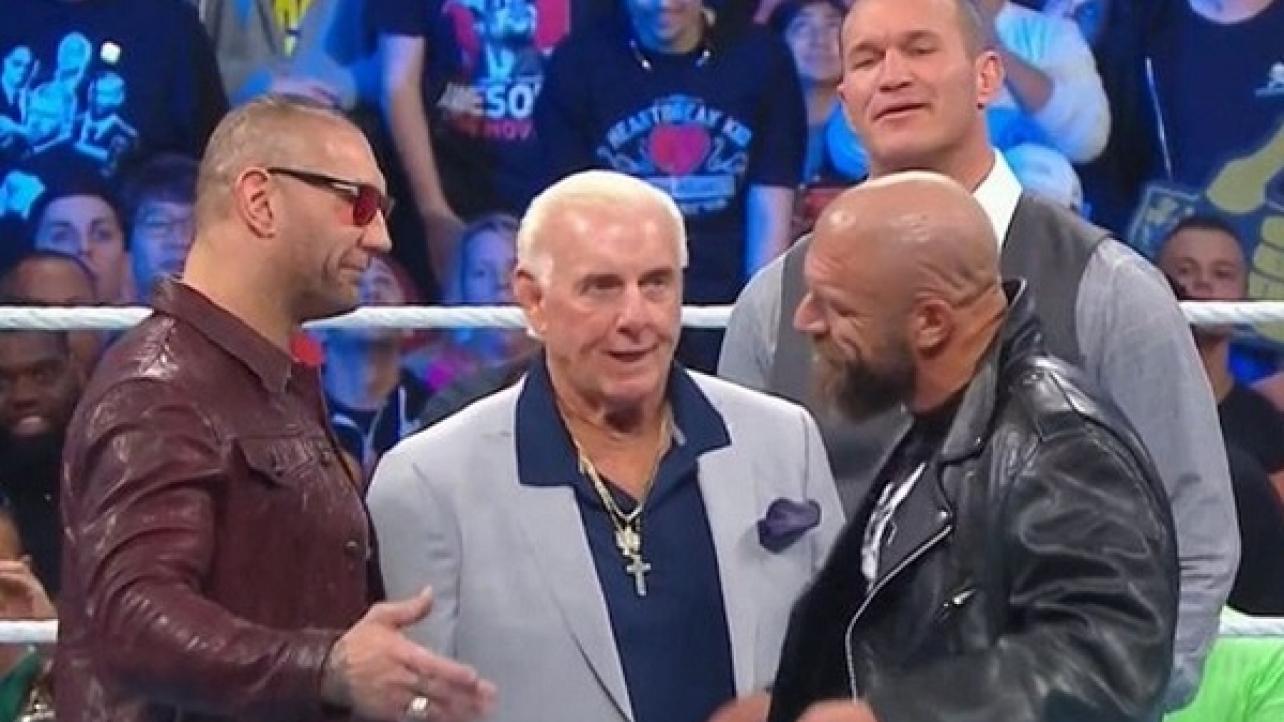 On the latest Wrestling Observer Radio, the hosts speculated that they expect WWE to really drag out any possible Triple H vs. Batista program and that it likely is not something the company is planning for Survivor Series but more likely it would be WrestleMania. Dave Meltzer added that it is unknown how often Batista will be around or on WWE TV, but it’s no secret that he wants to come back and work a match with Triple H.

Bryan Alvarez noted on his audio show that Ronda Rousey reportedly wrote her entire promo on Nikki Bella on Raw by herself. While it’s possible that she likely contributed to some parts of it, it seems doubtful that she would have been responsible for scripting the entire thing.