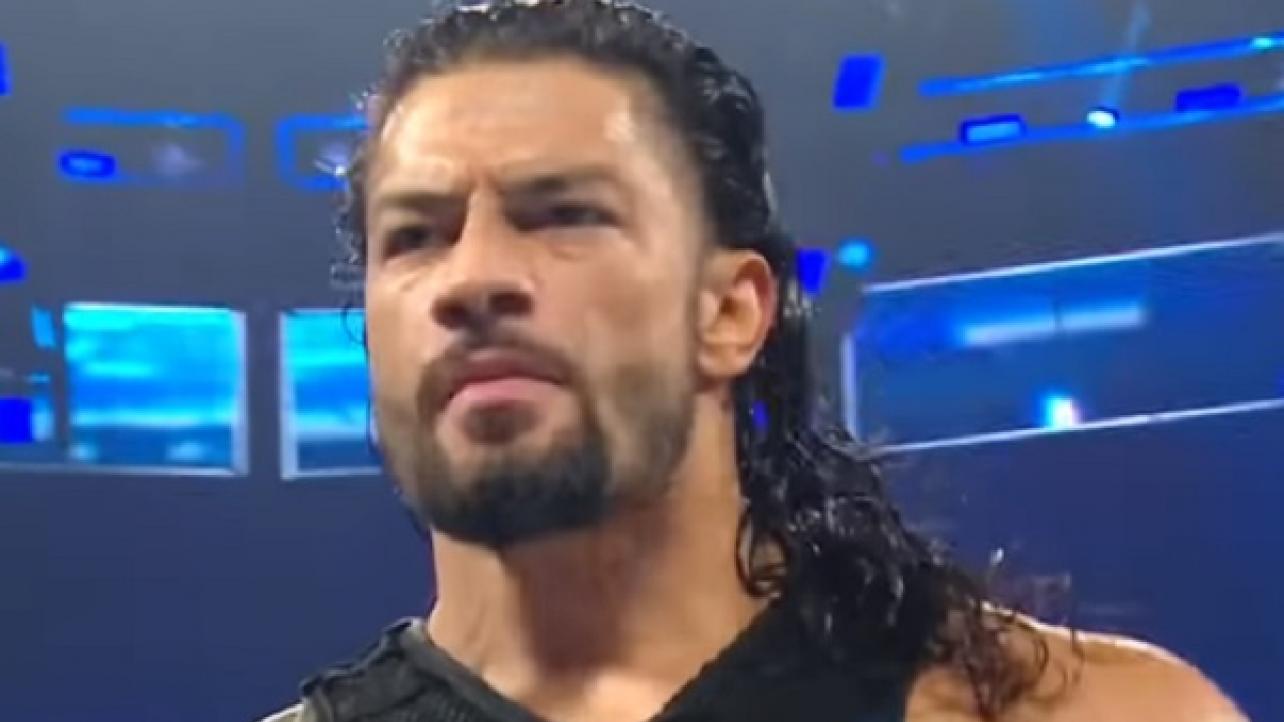 As noted, Roman Reigns teased an appearance on Monday’s episode of RAW. The tweet was later refuted by a tweet by WWE that claims the new SmackDown Live Superstar will not be appearing on the program.

In an update, it appears that WWE has cancelled their scheduled blue brand non-televised live event on Monday at The Corbin Arena in Corbin, Kentucky.

A message on the official Facebook page of the venue notes that the event has been rescheduled for October 17th.

This likely explains why Reigns and potentially other blue brand Superstars will be turning up on Monday’s red brand broadcast.

Make sure to join us here at eWrestling.com this Monday evening for live play-by-play results coverage of WWE RAW!