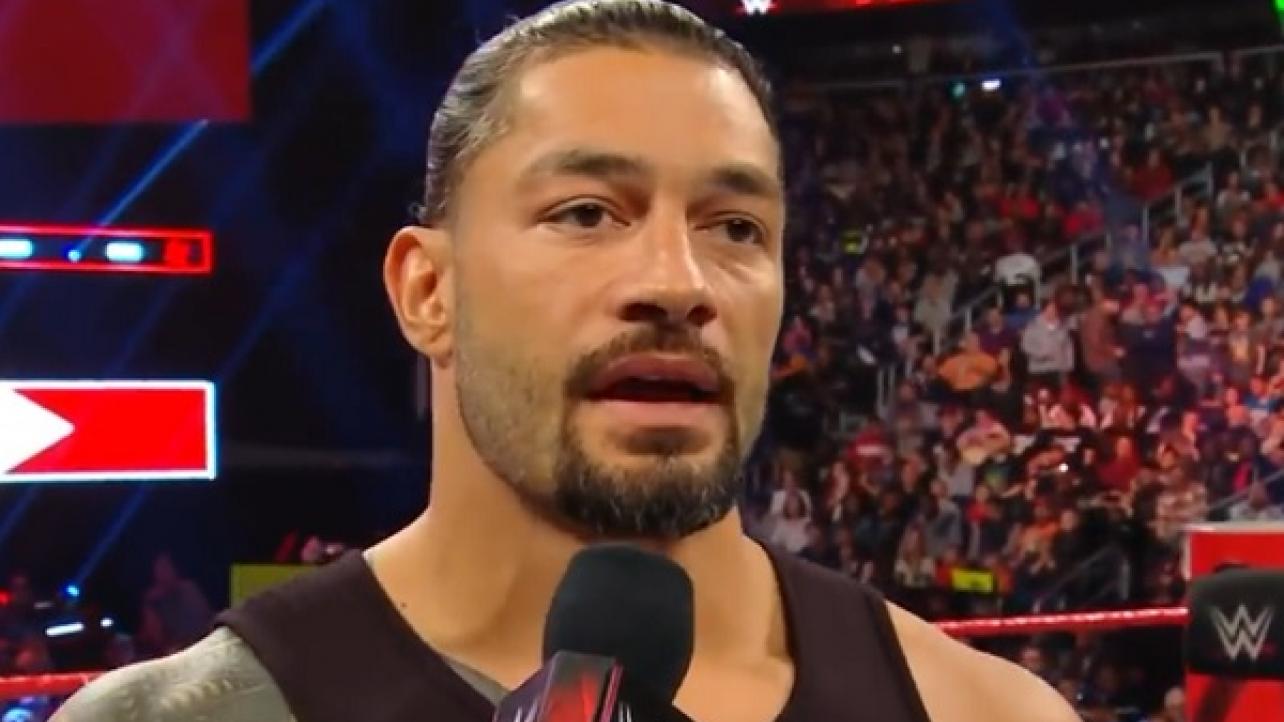 With Roman Reigns back almost full-time with WWE, it is expected that he will take on Drew McIntyre at WrestleMania, notes the Wrestling Observer Newsletter.

There are likely going to be about 14 matches on the card though as of this writing, nothing has yet been announced regarding the Intercontinental title, the United States title or the Smackdown women’s championship.

Other speculated matches are Daniel Bryan vs. Kofi Kingston, multiple team match for the Women’s tag titles, as well as The Revival defending their tag team championship.

Asuka was originally scheduled to be facing Lacey Evans, however, sometime over the past few weeks, those plans were scrapped.