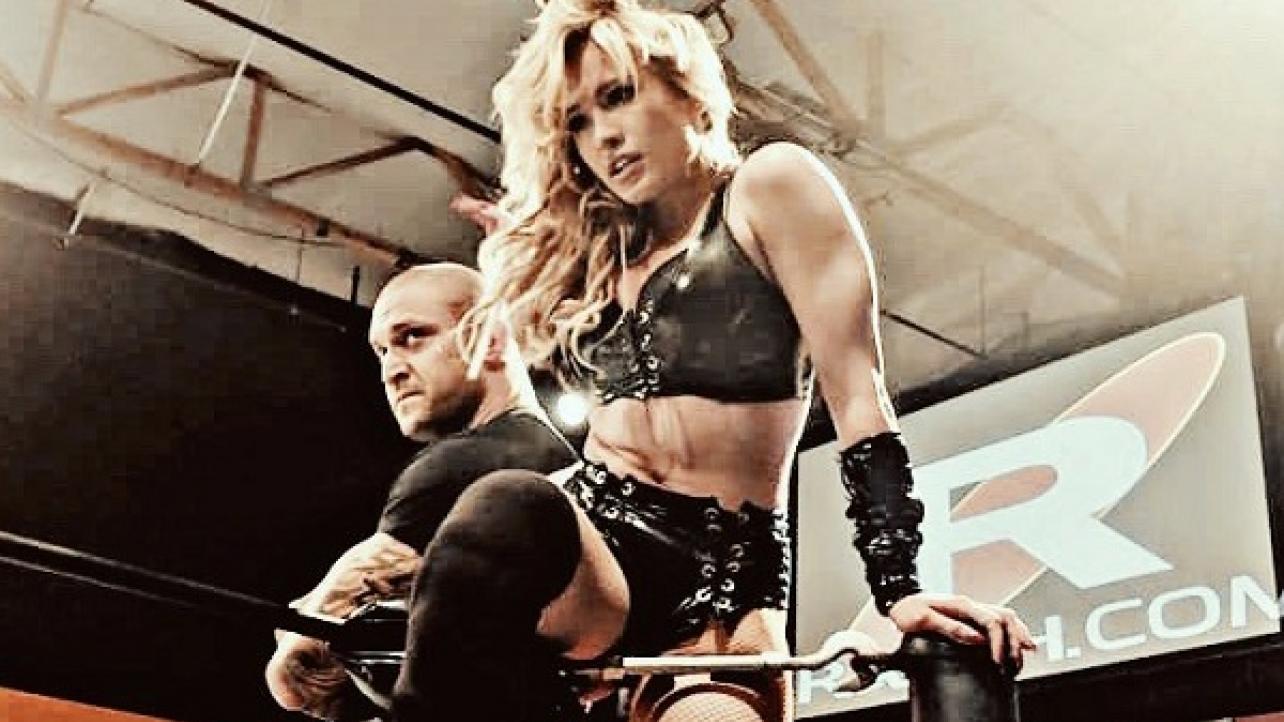 Update On Scarlett Bordeaux Signing With WWE, Pulls Out Of Multiple Indy Bookings

As Jeff Whalen reported here at Rajah.com earlier today, Bordeaux reportedly inked her contract with World Wrestling Entertainment following a recent tryout she had with the company.

The former IMPACT Wrestling star has recently pulled out of some independent pro wrestling bookings as a result of her signing a developmental deal with WWE.

As of this writing, Scarlett Bordeaux’s start date with WWE is not yet known.

Bordeaux is also a former veteran of our own independent pro wrestling promotion here at eWrestling.com and our affiliate website, Rajah.com.

She worked our inaugural event — RAJAH PRESENTS — “We Are One” from the Future Stars of Wrestling Arena in Las Vegas, Nevada back on May 23rd, competing in an Intergender Match against Jack Jameson (with Glenn “Disco Inferno” Gilbertti). She would go on to lose via submission before Killer Kross made a surprise appearance to chase Gilbertti to the back.

Check out complete results from the show by clicking here.

You can also check out video highlights of the Scarlett Bordeaux (with Killer Kross) vs. Jack Jameson (with Glenn Gilbertti) Intergender Match from We Are One, which has been viewed by well over two million pro wrestling fans on the official Title Match Wrestling YouTube channel.

Additionally, you can purchase the entire We Are One event via Video On Demand (VOD) purchase at our official Title Match Wrestling channel by clicking here.

After months of rumors, it’s now official — #KillerKross & #IMPACT #Wrestling have parted ways, and he could be joining his girlfriend #ScarlettBordeaux in #WWE or #WWENXT (#NXT) …

We will keep you posted right here at eWrestling.com as more details surface regarding Scarlett Bordeaux’s WWE status.

Update On Scarlett Bordeaux Signing With WWE, Pulls Out Of Multiple Indy Bookings