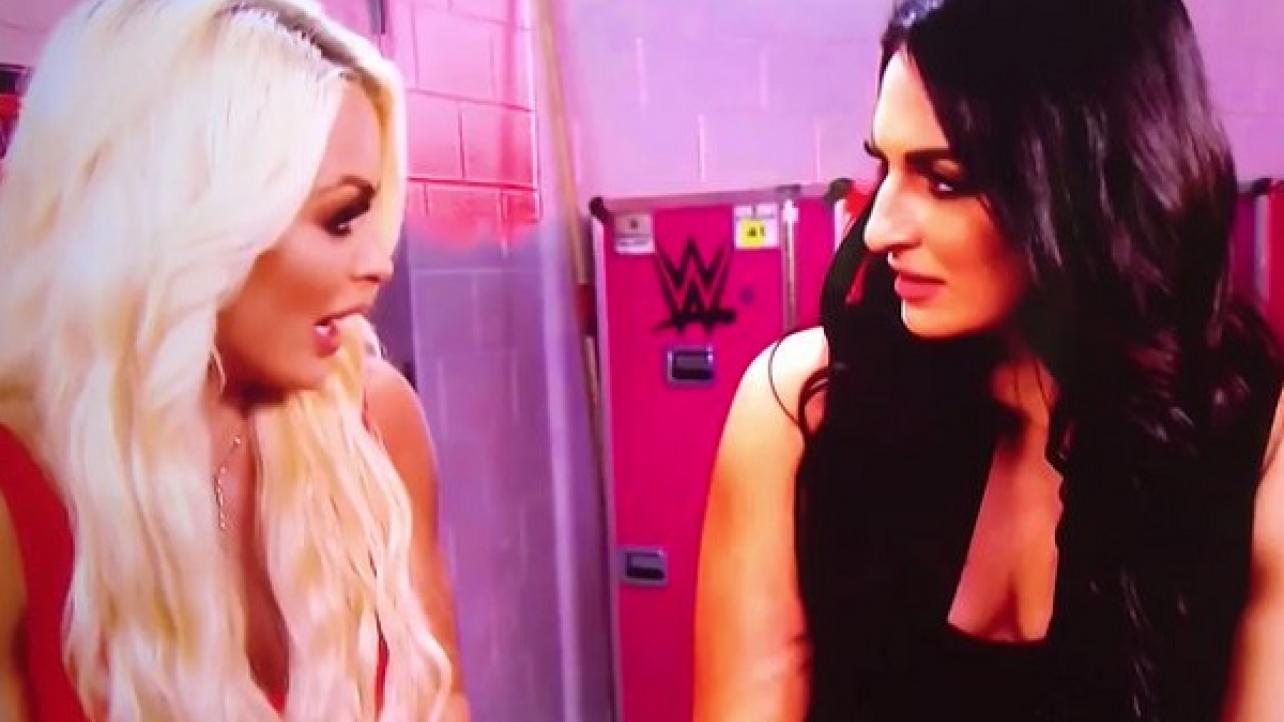 On Tuesday’s edition of WWE SmackDown LIVE, there was some confusion with a backstage promo by Mandy Rose and Sonya Deville.

Bryan Alvarez noted during a recent episode of the F4WOnline.com podcast, Wrestling Observer Radio, which he co-hosts with Dave Meltzer, that the two women practiced the promo repeatedly all day before the SmackDown LIVE broadcast on Tuesday evening, as WWE chose to air it live instead of taping it, editing it and then airing it as a pre-produced segment.

Despite the apparent practice time spent by the duo known collectively as Fire & Desire before the show, the finished product WWE fans saw during the USA Network broadcast on Tuesday night came across poorly after Deville messed up some of her lines.

After the show, Rose spoke with Uproxx about the issues related to the aforementioned SmackDown LIVE segment from Tuesday night’s show.

“It got a little confusing,” Rose told Elle Collins, the interviewer from the popular media outlet that spoke to the Fire & Desire tag-team member after the show.

Rose continued, elaborating on what we all saw and explaining how she attempted to steer Deville back on track by choosing to use the wording that she did during the live segment as a way to subtly clue her in.

“Sonya got confused and thought it was a title match, and then I tried to correct her: If we win we get a title match!”

She added, “So next week, as of now, we’re supposed to be competing against The IIconics (Peyton Royce and Billie Kay). If we win, we earn an opportunity for a [WWE Women’s Tag-Team] title match.”

For those who missed it, check out the Fire & Desire backstage promo segment from Tuesday night’s episode of SmackDown LIVE that featured Deville flubbing her lines and Rose trying to steer her back on track via the following fan-posted video from Twitter user @GetDaTables: