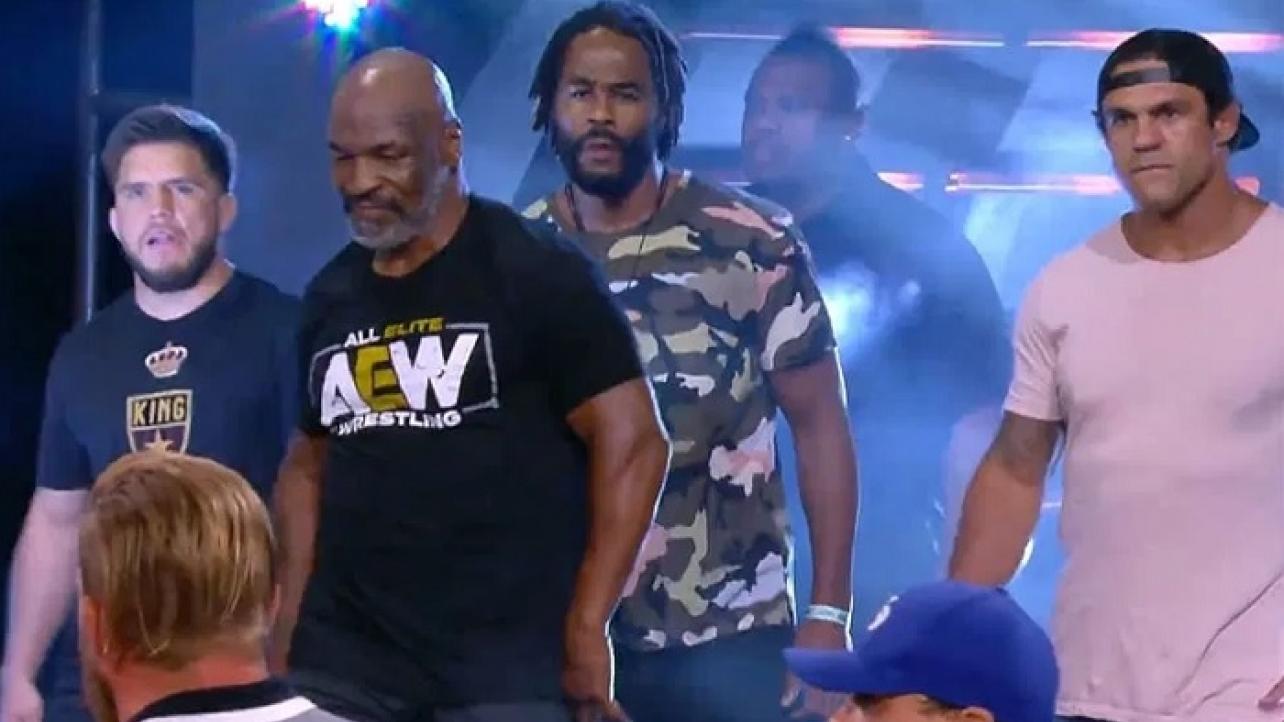 On AEW Dynamite this week, Mike Tyson came out with his entourage — which included former UFC champions Henry Cejudo, Rashad Evans, and Vitor Belfort, as well as indie wrestler Mr. Grim and filmmaker Mickey Gooch — and confronted Chris Jericho, who was flanked by the Inner Circle.

Jericho commented that he’s “been dreaming of this moment for ten years” and that Tyson said he could be trusted but then turned on him.

While not stated, this was clearly a reference from their WWE days when back in 2010 when they teamed up against D-X and Tyson ended up turning on Jericho and knocking him out (watch that here).

Jericho then demanded Tyson apologize, but the former boxing champ simply ripped his shirt off and started flexing before the two started shoving and brawling.

Whether this means the two are headed for a match at a future AEW event is not known, but Tyson did tell AEW cameras after the show that he’s “back” and that Jericho was going to get his “ass kicked.”