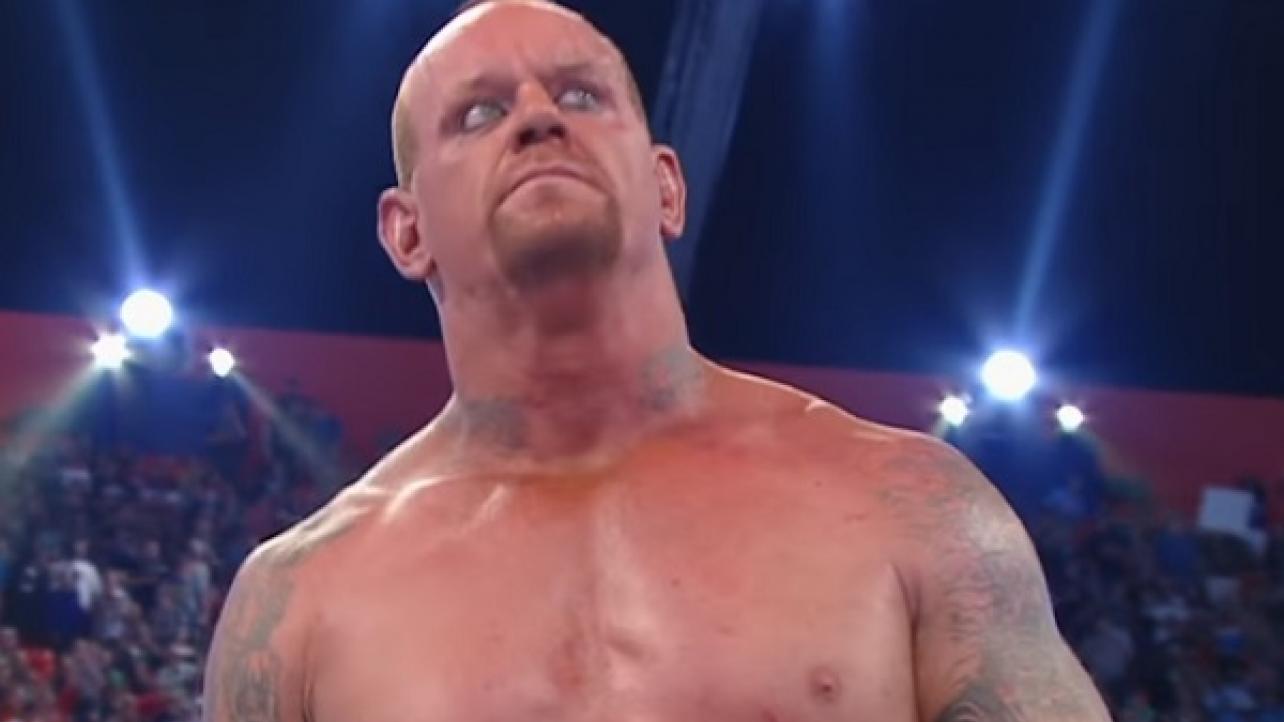 Update On The Undertaker Being Teased For RAW This Week, WWE Looks At His Return

As noted, WWE has been teasing The Undertaker appearing on RAW this Monday night at the American Airlines Center in his home state of Texas. With that in mind, WWE has made a couple of “Dead Man”-related updates to their various social media channels this weekend.

After returning at last Monday night’s edition of RAW to help Roman Reigns even up the numbers game in his rivalry with Drew McIntyre and Shane McMahon. “The Phenom” helped “The Big Dog” clear the yard before WWE confirmed that the power-duo will unite in an actual match.

WWE has reportedly been planning for the return of The Undertaker for a while now.

The Undertaker and Reigns will meet “The Scottish Psychopath” and “The Best in the World” in a tag-team contest at the upcoming WWE Extreme Rules pay-per-view. The PPV show goes down from the Wells Fargo Center in Philadelphia, Pennsylvania on Sunday, July 14th, and will also stream live via the WWE Network.

With that in mind, WWE released a 25-minute installment of their WWE Playlist digital series that focuses on “The Undertaker’s Most Shocking Returns.” The description for the special compilation video, which you can watch in its’ entirety directly below, reads: “Whether he’s summoned or takes the WWE Universe by surprise, you never know when The Deadman will rise. Relive The Phenom’s most breathtaking returns.”

Additionally, with Undertaker teaming with only one of two men to defeat him in his 26 appearances in the ring at WrestleMania, WWE also decided to look back at “The Undertaker’s Unexpected Alliances” in the latest edition of their digital series, WWE Top 10. Check out the complete video below.

Make sure to join us here at eWrestling.com on Monday evening to see if The Undertaker turns up in Dallas, as we provide live WWE RAW results coverage here on the website. Also, make sure to stop by on 7/14 for live WWE Extreme Rules results coverage from Philadelphia.

Update On The Undertaker Being Teased For RAW This Week, WWE Looks At His Return