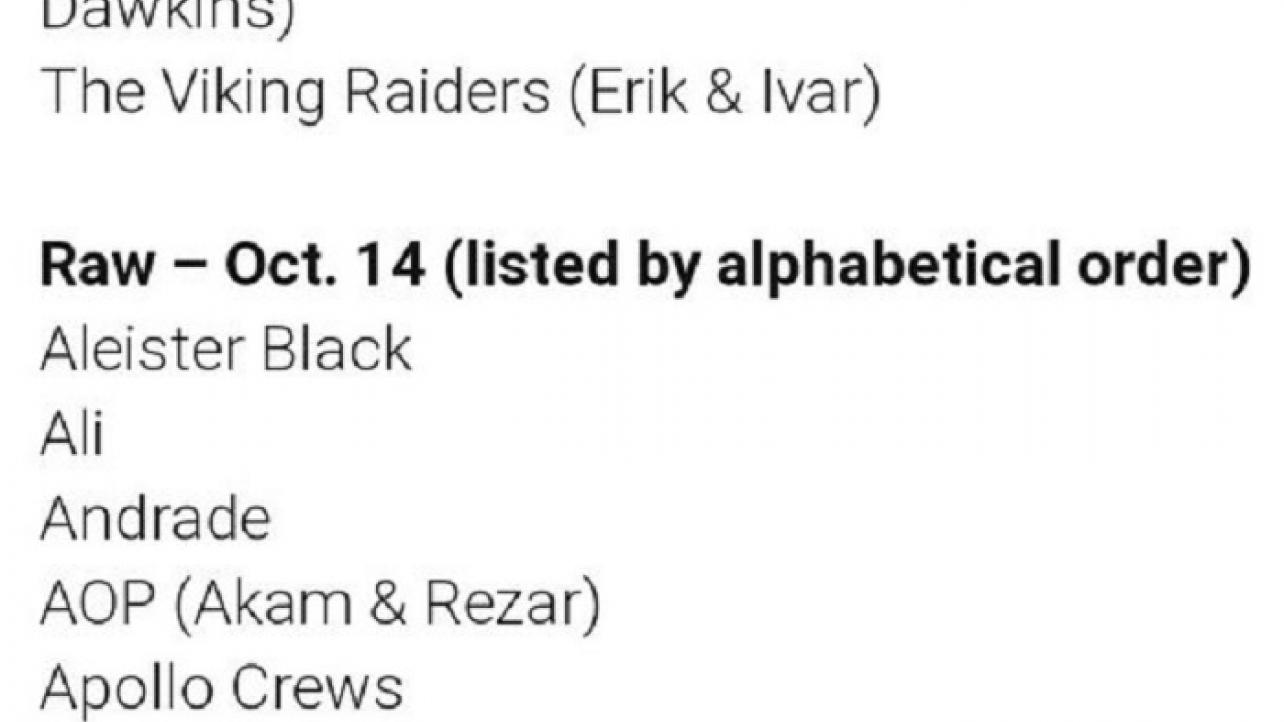 A massive case of miscommunication is to blame for WWE’s own web team spoiling night one of their two-night WWE Draft special earlier this month, according to a new update from a behind-the-scenes source in the company.

In regards to WWE.com’s recent mess up where the draft order was pretty much ruined when the website posted the “draft pools”, it came down to a case of a massive miscommunication internally, reports Dave Meltzer in the latest issue of the Wrestling Observer Newsletter.

The website was sent the list of who would be drafted on each brand in the order that was planned but weren’t told that.

Instead, they were told to list the talent alphabetically but that also got lost in the communication and they printed the list exactly as they got it.

The decision was made not to change the SmackDown order, but when people began calling out the obvious on social media, WWE decided to try and change some picks around for RAW.