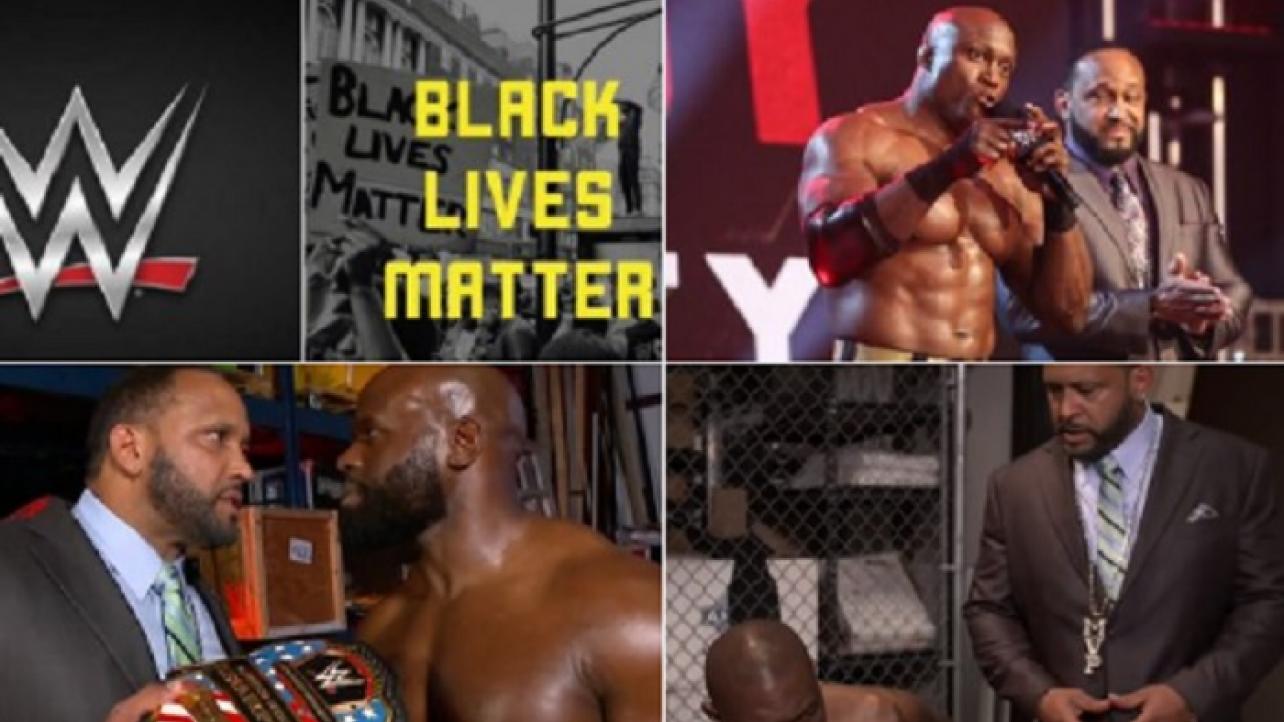 It looks like there are indeed plans for a new faction to be formed on the Monday Night RAW brand, with WWE attempting to capitalize on the Black Lives Matter movement, as well as the recent success of factions and stables in the company right now in general.

Throughout the past couple of months WWE has established a new heel faction on the red brand, with “The Monday Night Messiah” Seth Rollins presiding over the initial stable and it succeeding enough that the company decided to quickly double-down by creating an additional group led by Zelina Vega.

In recent weeks, MVP has been organizing things on episodes of Monday Night RAW in a way that is designed to set up a third faction, with several Superstars being primed in story lines, and others being discussed behind-the-scenes.

As seen on Monday Night RAW in recent weeks, MVP has already aligned himself with recent WWE Championship contender Bobby Lashley and reigning WWE United States Champion Apollo Crews. On this week’s post-Backlash show, MVP extended an offer to Shelton Benjamin, and there has reportedly been talk behind-the-scenes about the possibility of Cedric Alexander and/or Ricochet turning heel and joining forces with MVP.

The belief is that the new faction led by MVP is being done in part because when the company does go the faction-route, they go all in or not at all. Traditionally speaking, WWE has not preferred factions, even though they have a decent track record of creating Superstars, however history shows when they do have a faction that succeeds, they tend to build others around it.

The modern day Nation of Domination-style faction coming in WWE at a time when the Black Lives Matter movement is the talk of pop culture is said to not just be a coincidence, but rather the company looking to shape their story lines around a big movement in society right now.

We will keep you posted here at eWrestling.com as updates continue to surface regarding WWE’s new faction being formed on the red brand. Until then, make sure to continue to check back here at the website regularly for updates. Another great way to keep up with late-breaking news and quick-hit updates is to follow our lead reporter, 20-year veteran Matt Boone on Twitter @MattBoone1984. You can also add the official Twitter feed for eWrestling by following us @eWrestlingCOM.

UPDATE: Backstage news on #WWE‘s latest plans to capitalize on #BlackLivesMatter (#BLM) movement and the #BLMprotest w/ NEW faction led by MVP — Find out which FIVE other Superstars are expected to join the group! (#WrestlingTwitter)