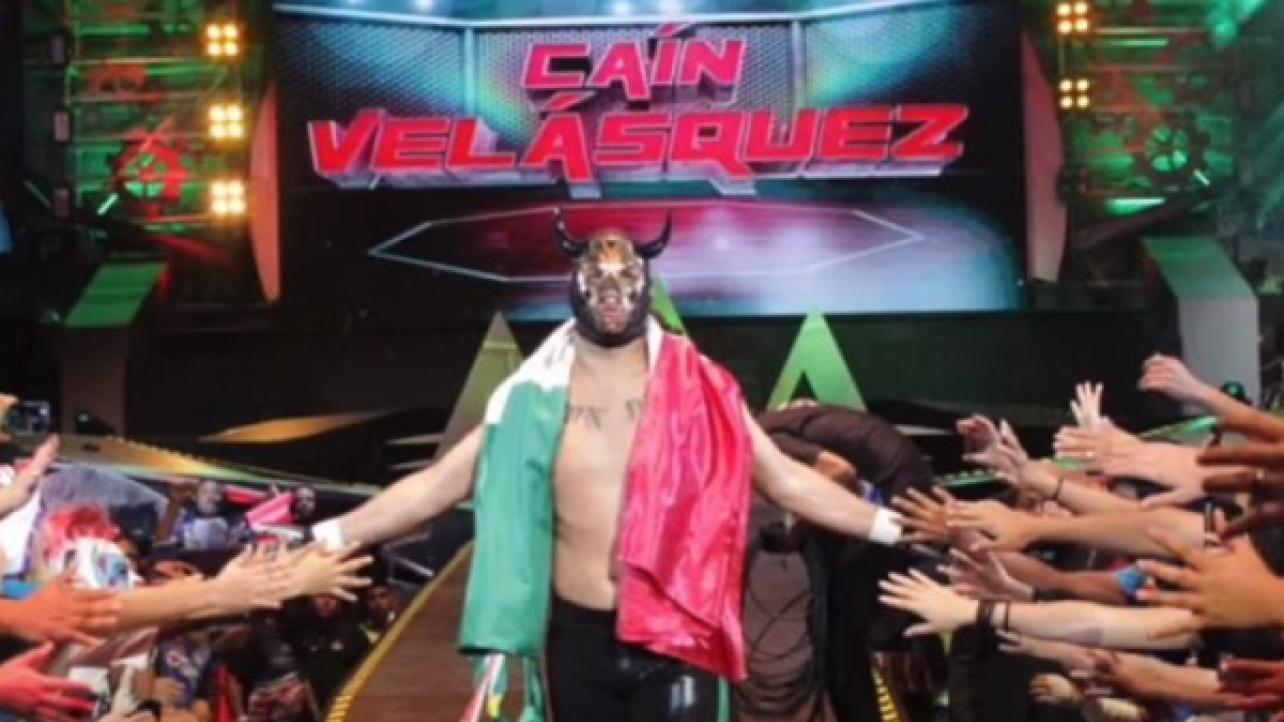 To say the details regarding the negotiations between Cain Velasquez and WWE to bring the former UFC Heavyweight Champion turned pro wrestler to the biggest stage the profession has to offer were interesting would be the understatement of a lifetime. The more details surface, the more crazy it was that he actually appeared on the show.

As we saw on Friday’s Smackdown on FOX, Cain Velasquez debuted for WWE attacking Brock Lesnar and seemingly setting up a future match between the two former UFC combatants.

It was noted earlier that negotiations between WWE and Velasquez had hit a “snag” mainly over creative differences as WWE did not want him debuting under a mask nor execute any high flying maneuvers that he did while wrestling for AAA.

According to the Wrestling Observer Radio, when news got out that Velasquez was possibly WWE-bound, the company actually pulled their offer (on Monday) but still went forward with Paul Heyman’s promo setting up the angle.

Velasquez then went on record to say that he had no signed any other offers and was also in talks with AEW and NJPW (which was true).

However, the fact that he appeared on Smackdown pretty much confirms that there is some sort of agreement in place with WWE as they would never bring him on TV without a deal.

Lesnar vs. Velasquez is expected to be one of the headline matches at WWE Crown Jewel in Saudi Arabia later this month.

Make sure to join us here at eWrestling.com for live results coverage of WWE Crown Jewel!