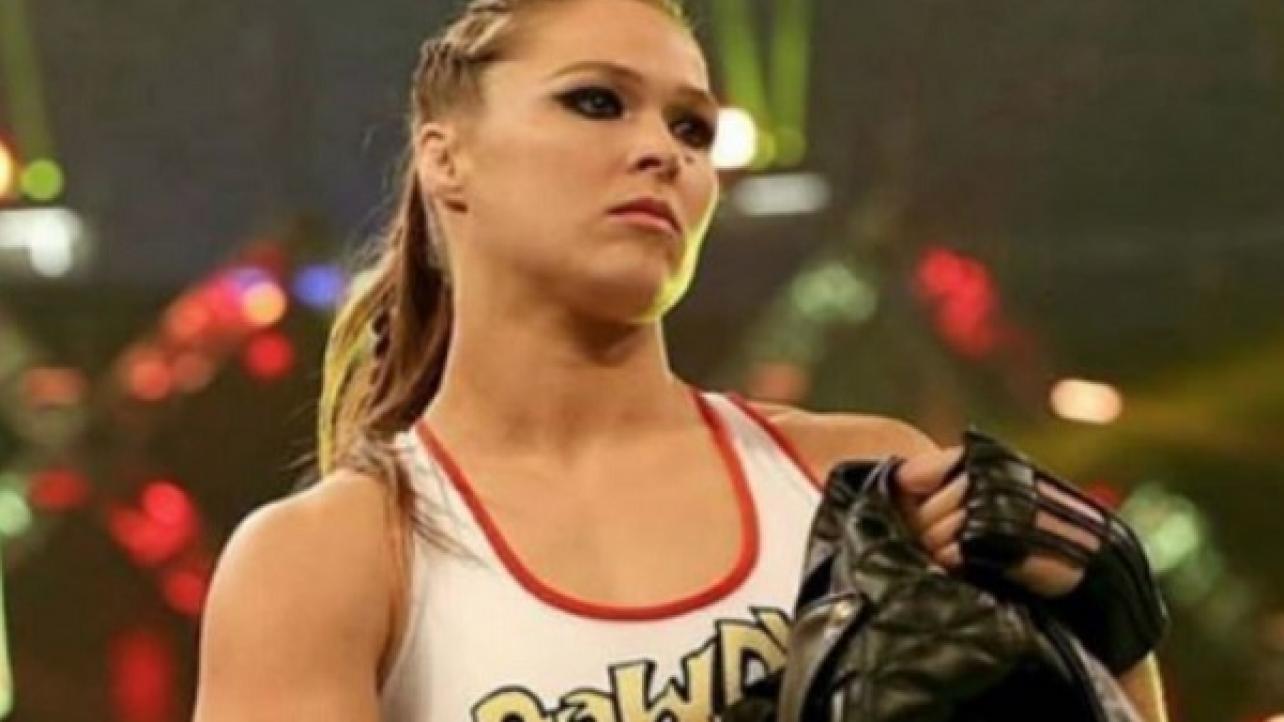 In a follow-up to a previous headline about Ronda Rousey potentially wrapping up with WWE after WrestleMania, TMZ has noted that Rousey is likely headed for a “break” after the PPV and that she is “super happy” about her wrestling career and has no plans to end it.

WWE noticed the story and released the following statement:

“Ronda Rousey is under contract with WWE until April 10, 2021. Whether she wants to start a family is a private matter.”

Ultimately, it appears that Rousey is considering stepping away from WWE – likely to begin a family – but that she remains with WWE for another 2+ years and will likely be back at some point. The TMZ report also notes that nothing has really been set in stone yet.