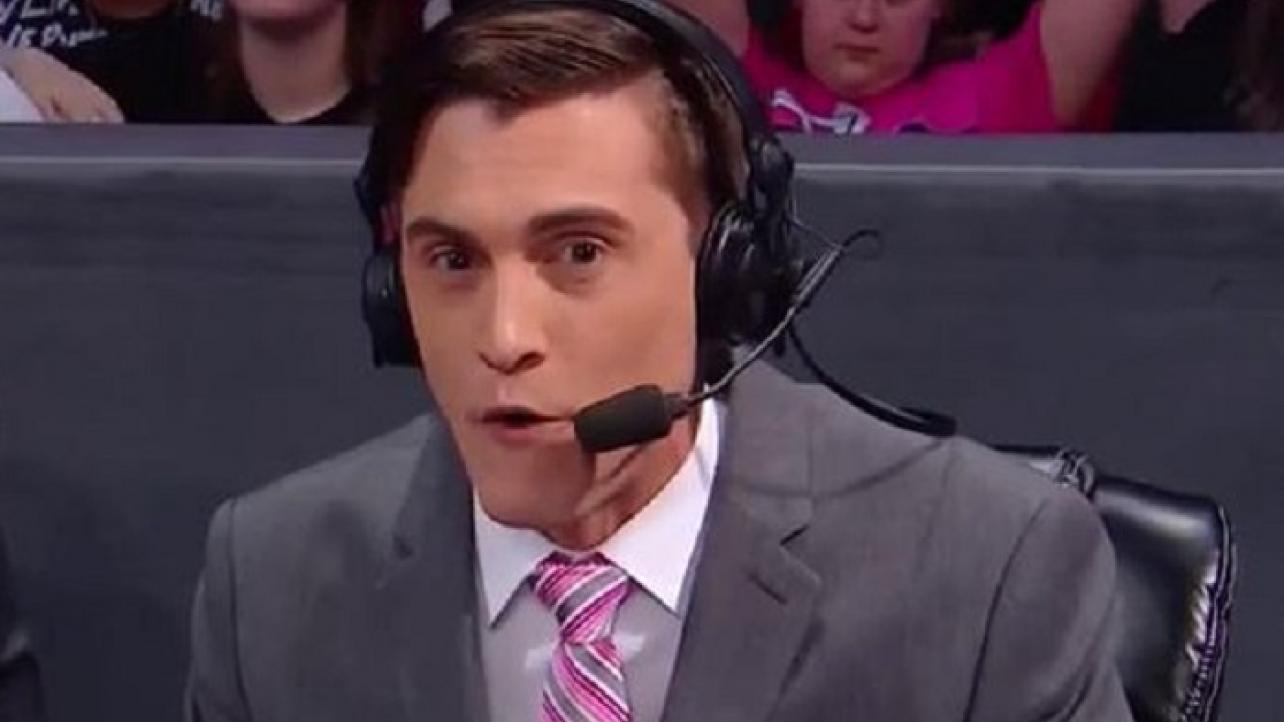 WWE confirmed on both Raw and Smackdown this week that the current “wild card rule”, which enables superstars from either brand to cross over to the other, will be ending next month after the conclusion of the Raw/Smackdown draft scheduled for October 11 and 14.

Once the draft is over, superstars will pretty much be relegated to the brand they are drafted on though it’s possible there will still be a few ad-hoc exceptions made.

As noted before, WWE is trying to draw a line between the two brands with both talent, writers and announcers/commentators.

Speaking of WWE’s announcing changes, @WrestleVotes reports that the plan as of this week is for the Raw booth to be headed by by the previously rumored Vic Joseph and Dio Maddin, giving the show a completely new voice.

It is assumed that Michael Cole and Corey Graves will be working Smackdown.

Backstage News Update: #WWE to do COMPLETE make-over of #RAW announce team with ALL-NEW duo at commentary desk for #WWERaw soon, plus notes on other behind-the-scenes changes coming in the near future