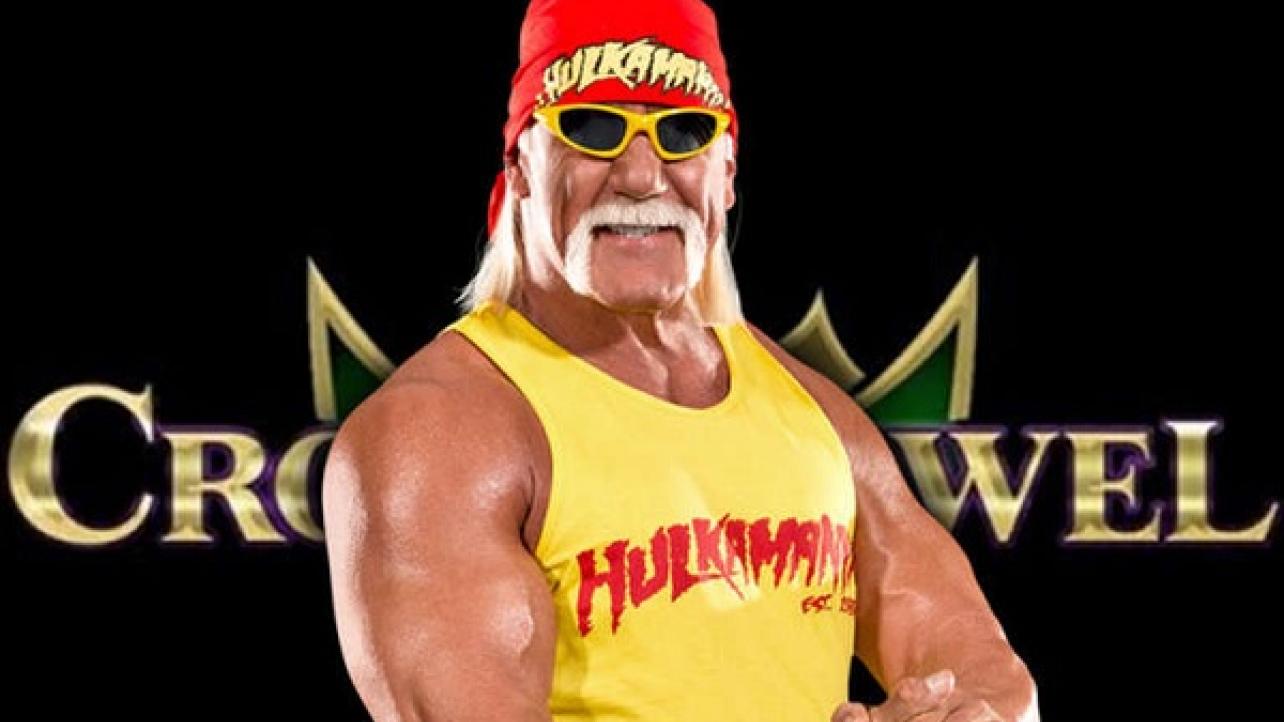 Uht oh, maybe “The Hulkster” isn’t appearing in Saudi Arabia on Friday after all.

As noted, earlier today, WWE added Hulk Hogan as one of the Superstars advertised to appear at this Friday’s WWE Crown Jewel on their official event page for the PPV on WWE.com.

In an update, the company has removed the WWE Hall Of Famer from the list of Superstars scheduled to appear at Friday’s controversial PPV in Riyadh, Saudi Arabia. It’s worth noting that the page also reflects the changes made to the card on WWE television earlier this week, with Bobby Lashley replacing John Cena in the World Cup tournament and Samoa Joe replacing Daniel Bryan as the challenger to WWE Champion A.J. Styles.

WWE has yet to make an official announcement about Hogan’s status for WWE Crown Jewel, however Hogan himself alluded to the fact that he plans to attend the event during an interview he did last week with the Orlando Sentinel.

“There are a lot of plans in the works,” Hogan said. “I’m looking forward to going to Saudi Arabia with the WWE, looking forward to WrestleMania — but yeah, we’re moving forward at a rapid pace. It’s exciting to have this opportunity again after all these years where I was there and gone.”

We will keep you posted as additional information regarding Hulk Hogan’s status for WWE Crown Jewel surfaces. Make sure to join us here this Friday at Noon EST. / 9am PST. for live play-by-play results coverage of the first-ever WWE Crown Jewel PPV.