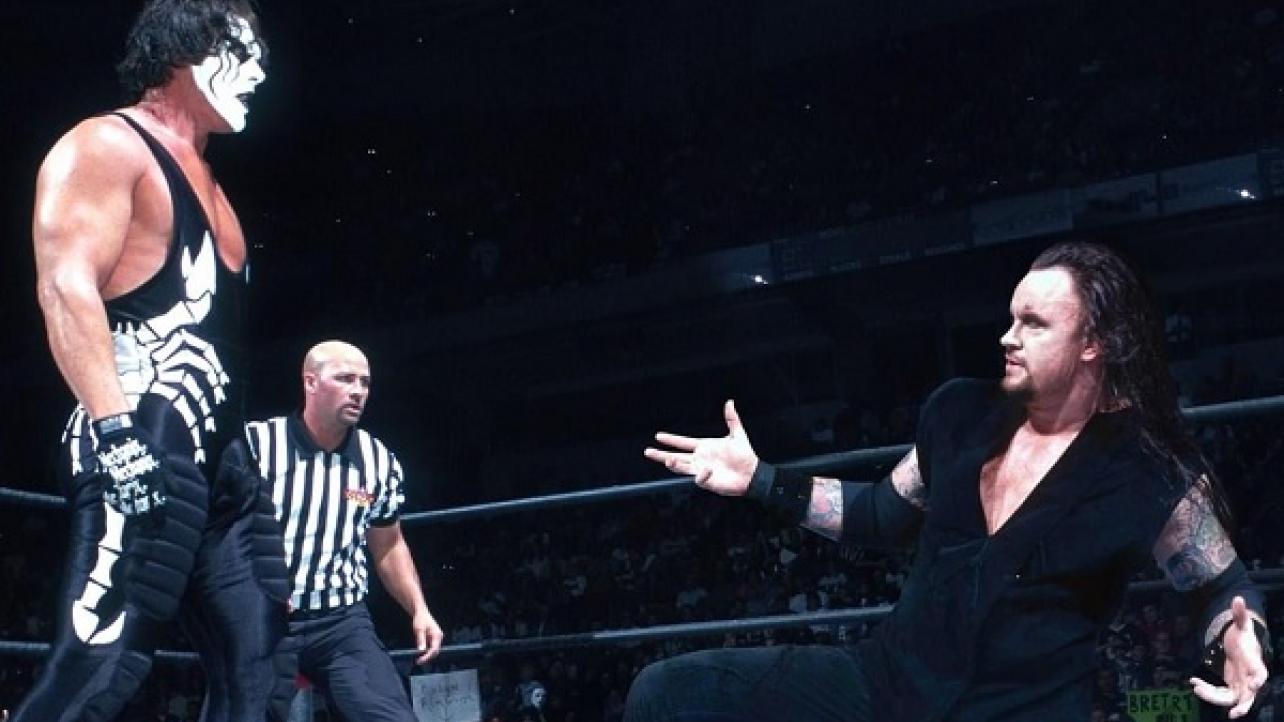 Update On #WWEReimagined Hype For Undertaker vs. Sting, Batista At WWE PC

– Well, it turns out the #WWEReimagined multiple-day build-up on WWE’s various social media platforms over the weekend was for the release of a new WWE digital series. The first installment takes a look at the following topic: “What if The Undertaker had gone to WCW during the Attitude Era?” Check out the video below.

What if the #Undertaker had gone to #WCW during the Attitude Era?? pic.twitter.com/6eqzPDT7BX

– WWE continues to promote the new Best WWE Moment category in this year’s The ESPYS awards show, which premieres live on ABC this Wednesday, July 10th. Check out their latest tweet reminding fans to vote in the new WWE category below.

Did you cast your vote for the @ESPYS‘ first-ever Best @WWE Moment award yet?

Make your voice heard and find out which moment wins this Wednesday, July 10, when the 2019 #ESPYS air on @ABC!https://t.co/jZr0kV0TJc

– As noted, the new WWE 24: Batista documentary special will premiere tonight on the WWE Network immediately following the WWE Extreme Rules 2019 “go-home” edition of RAW on the USA Network. WWE released another bonus clip from the special on their YouTube channel on Monday, which features “The Animal” working out at the WWE Performance Center training facility in Orlando, Florida. Check out the video below.

Update On #WWEReimagined Hype For Undertaker vs. Sting, Batista At WWE PC