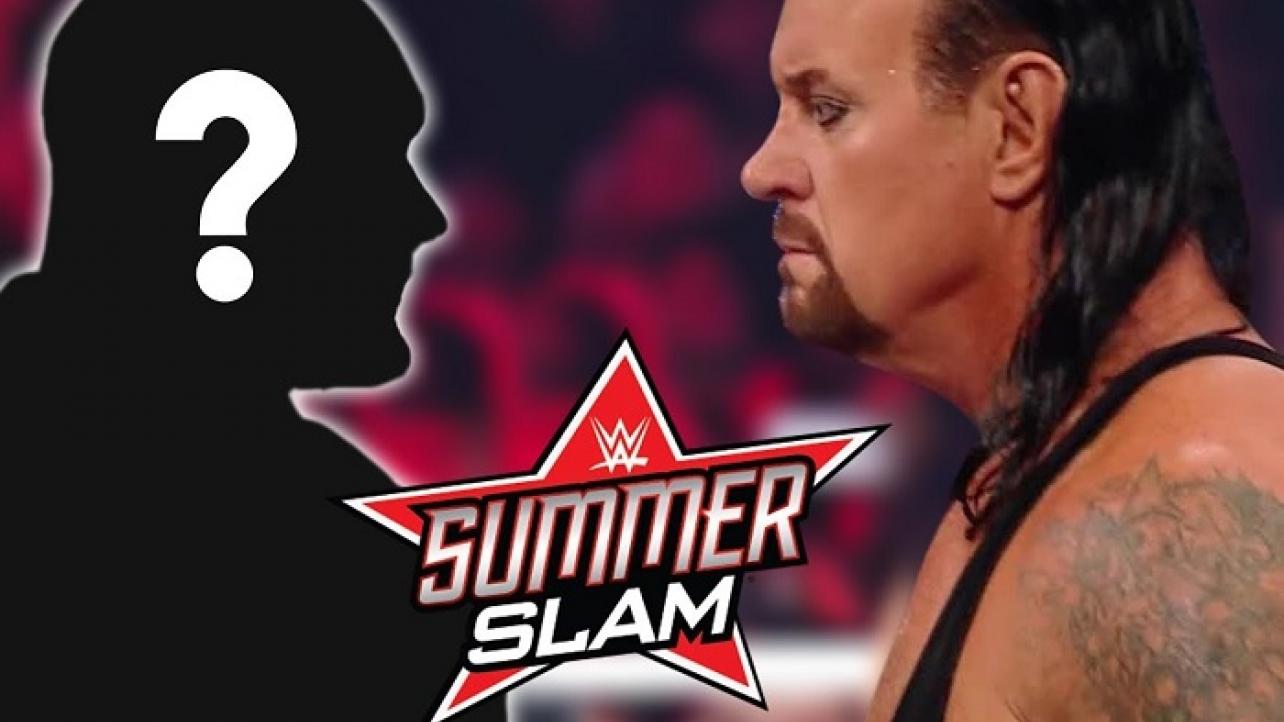 Update On WWE’s Plans For Undertaker At SummerSlam: Drew McIntyre Or Bray Wyatt?

So, here’s the latest on The Undertaker possibly wrestling at WWE SummerSlam in August.

In a follow-up to a previous report, “The Dead Man” is actually expected to be wrestling at WWE SummerSlam with local advertising suggesting that it will be against Drew McIntyre.

According to the Wrestling Observer Newsletter however, that is actually not the current plan for Taker but he is supposed to be featured and involved in one of the main matches on the PPV.

It was also speculated that his match tonight at WWE Extreme Rules could be used to set up the WWE SummerSlam match, but given the competitors, that would seem to narrow it down to either McIntyre or Shane McMahon, unless someone new (Bray Wyatt’s name has been tossed around) is introduced into the story line.

Update On WWE’s Plans For Undertaker At SummerSlam: Drew McIntyre Or Bray Wyatt?