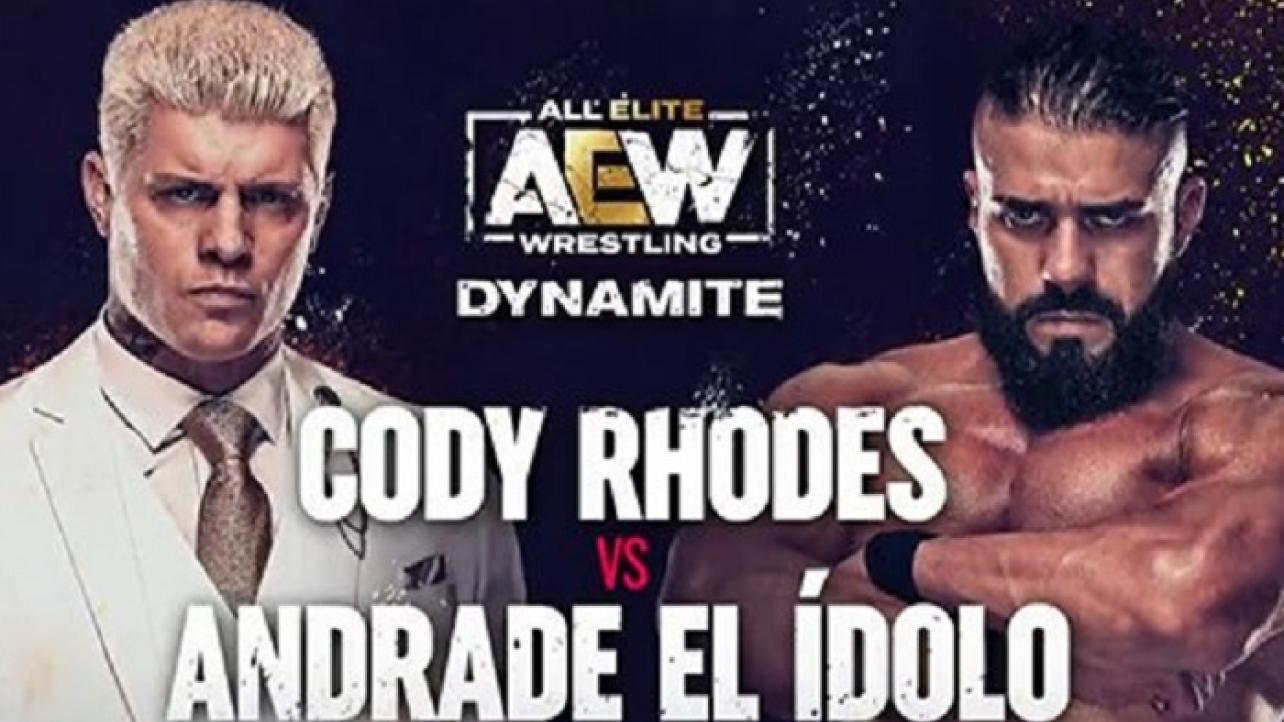 Next week’s edition of AEW Dynamite is already shaping up to be another jam-packed show.

On tap for next Wednesday night’s two-hour AEW on TNT program is Cody Rhodes going one-on-one against Andrade El Idolo in a featured singles bout.

Also scheduled for the show is more action in the ongoing TBS Women’s Championship Tournament, as well as the AEW World Championship Eliminator Tournament.

Featured below is the advertised lineup as it currently stands for next week’s show.

Check out the AEW commentary team running down the lineup for this week’s Rampage and next week’s Dynamite from Wednesday night’s AEW on TNT show via the video embedded below courtesy of the official AEW Twitter feed.

#AEWRampage this Friday and #AEWDynamite next Wednesday on @tntdrama
pic.twitter.com/a2m78mlihg