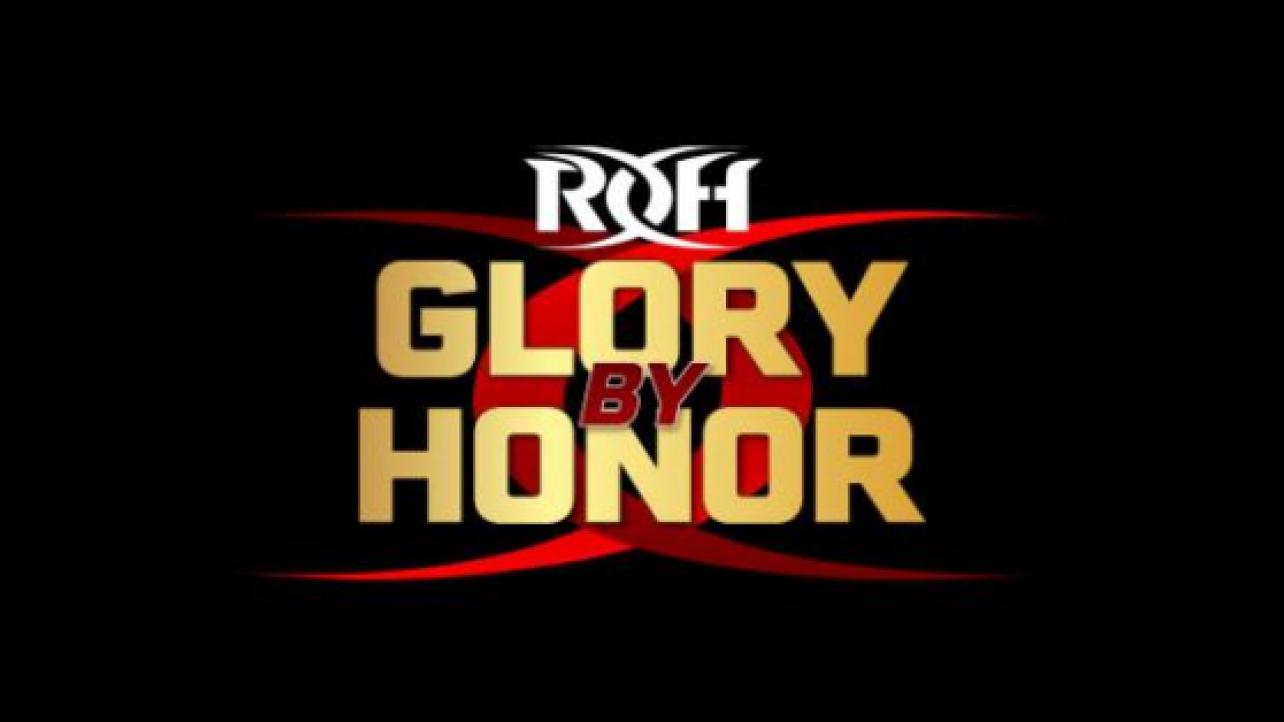 Ring of Honor has added a pair of matches to ROH Glory by Honor night one.

Check out the press release from ROH below:

The last time Violence Unlimited and La Faccion Ingobernable squared off, the match ended in total chaos.
That was a six-man tag bout in April. There figures to be an even greater level of brutality and destruction when the two factions collide in an eight-man tag match at Glory By Honor Night 1 on Aug. 20 at Philadelphia’s 2300 Arena.
On that night, Violence Unlimited’s Brody King, Tony Deppen and ROH World Tag Team Champions Chris Dickinson and Homicide will go to war with La Faccion Ingobernable’s RUSH, ROH World Television Champion Dragon Lee, Kenny King and Bestia del Ring.
VU and LFI have been engaged in a three-way faction war (along with The Foundation) ever since VU debuted by attacking LFI at the 19th Anniversary pay-per-view in March.
In the most recent meeting between VU and LFI members, Lee defeated Deppen to regain the ROH World Television Title.
Meanwhile, Brody King still has a score to settle with RUSH and his family. Brody appeared to be on the verge of defeating then-ROH World Champion RUSH at Final Battle in December before RUSH’s brother, Lee, distracted the referee, and their father, Bestia del Ring, smashed a chair over his head and cost him the match.
——————-
Rhett Titus spent the past several months as one half of the ROH World Tag Team Champions, but he never lost sight of his goal to win the ROH Pure Title.
Titus will get his opportunity when he challenges ROH Pure Champion and fellow Foundation member Jonathan Gresham in what is certain to be a pure wrestling classic
at Glory By Honor Night 1 on Aug. 20 at Philadelphia’s 2300 Arena.
Titus, who saw his and Tracy Williams’ 107-day reign as tag team champions end at Best in the World on July 11 (Gresham, wrestling in his second match that night, replaced the injured Williams in the bout), is the No. 2-ranked contender in the Pure division.
Gresham, who successfully defended the Pure Title against Mike Bennett at Best in the World, is 11-0 in Pure Rules matches, including six title defenses.
However, Titus defeated Gresham in their only previous singles meeting, which took place in December 2019 on a Future of Honor event when Titus was MCW Pro Wrestling champion.
This will not be the first time Gresham has faced a Foundation member with the Pure Title on the line. He successfully defended the championship against Jay Lethal in a Pure Title Match on the historic 500th episode of Ring of Honor Wrestling in April, and he defeated Williams in the Pure Title Tournament final last fall.
Will Gresham continue his dominant run as champion? Or will Titus be The Foundation member who leaves Philly with the Pure Title?

Take a look at the updated lineup for night one of ROH Glory by Honor: