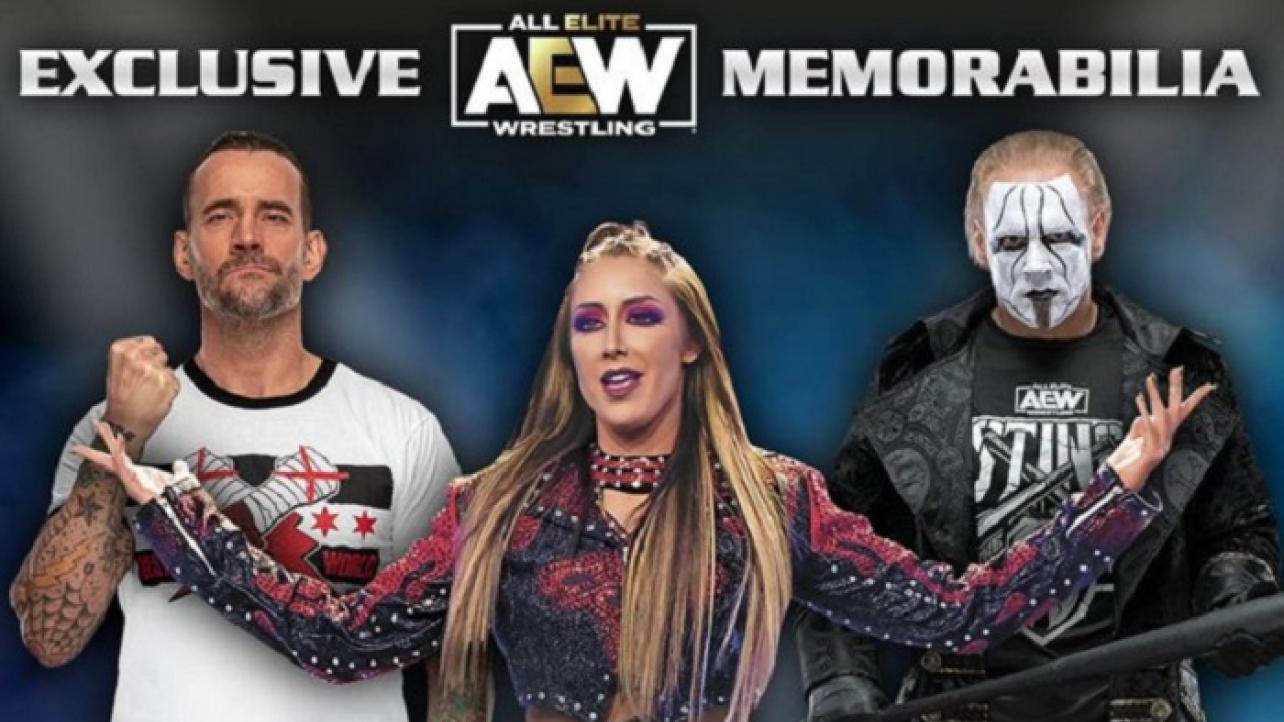 All Elite Wrestling and Upper Deck have announced the release of their new Autographed Portfolio of memorabilia.

The following press release was sent out this week with all of the details:

The first wave of AEW souvenirs on the upper deck showcases autographed images of various AEW icons popular with fans, including CM Punk, Sting, Britt Baker, and Chris Jericho. The new limited edition AEW product portfolio includes a 10-inch x 8-inch design image, Power, numbered 75, introducing each wrestler against a traditional brick background with retro-colored lighting. It contains. Images of the larger 16 “x20” “stage” design are limited to 99, capturing the wrestler standing in front and in the center ready to dive into the ring. Both works exemplify the energy and electricity that these incredible wrestlers radiate as they take the first step into a square circle.

“The reaction I’ve seen around AEW Collectibles is overwhelmingly positive, and I’m excited to give fans the opportunity to capture history through autographed memorabilia from their favorite AEW wrestler,” said Gabriel Garcia, director of upper deck certification. I am saying. “The new work is the first step in building a large portfolio of genuine souvenirs for league enthusiasts and helps them connect with their favorite wrestlers and fellow collectors. “

“From the beginning, AEW fans have accepted licensed and branded products at retail stores, venues and ShopAEW.com,” said Mark Caplan, AEW’s Vice President of Licensing. “These collectable products provide what many fans have been looking for. It’s a genuine souvenir that can be proudly exhibited and retained for years to come.”

About the upper deck
Headquartered in Carlsbad, California, Upper Deck Company is a global sports and entertainment company built on the pillars of quality craftsmanship, reliability and innovation, turning memorable moments into collectibles. I am devoted to creating. The upper deck has some of the best athletes in the world, including Michael Jordan, Wayne Gretzky, Tiger Woods, Connor McDavid, LeBron James, Patrick Roy and Ben Simmons.