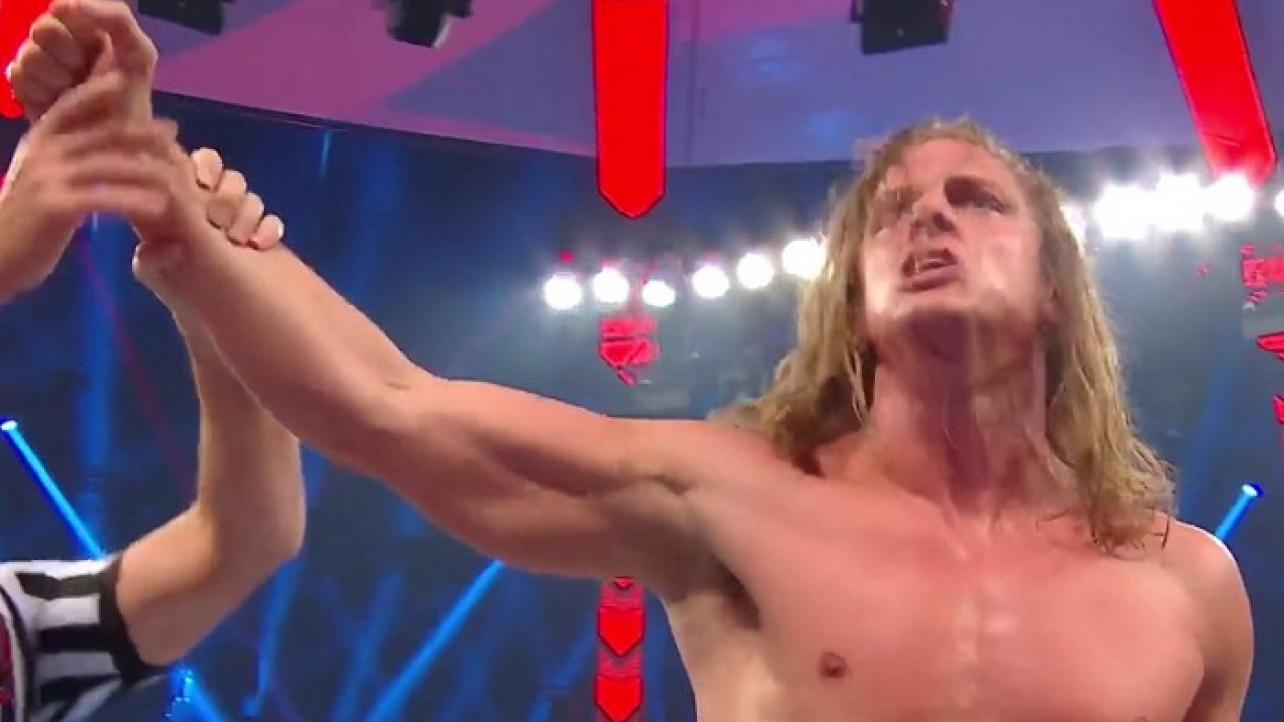 WWE issued the following press release announcing that Matt Riddle will be taking on all members of the Hurt Business in a gauntlet matchup on tomorrow’s edition of Monday Night Raw. If the Bro manages to pick up the victory, he’ll receive an opportunity at Bobby Lashley and the U.S. championship. Details are below.

In order to challenge Bobby Lashley, Riddle will have to go through the rest of The Hurt Business.

Riddle is lined up to face Raw Tag Team Champions Shelton Benjamin and Cedric Alexander, and MVP in a Gauntlet Match tomorrow night on Raw, with a United States Title opportunity on the line. Riddle will face off against Benjamin first with Alexander and MVP waiting in the wings.

The Original Bro has had issues with The Hurt Business, clashing with them last week in Six-Man Tag Team action alongside Lucha House Party. Though The Hurt Business prevailed, the apparent dissension between Benjamin and Alexander continued.

The odds may be stacked against Riddle, but might he be able to exploit the potential rift in the dominant faction to put himself in position for a date with The All Mighty?