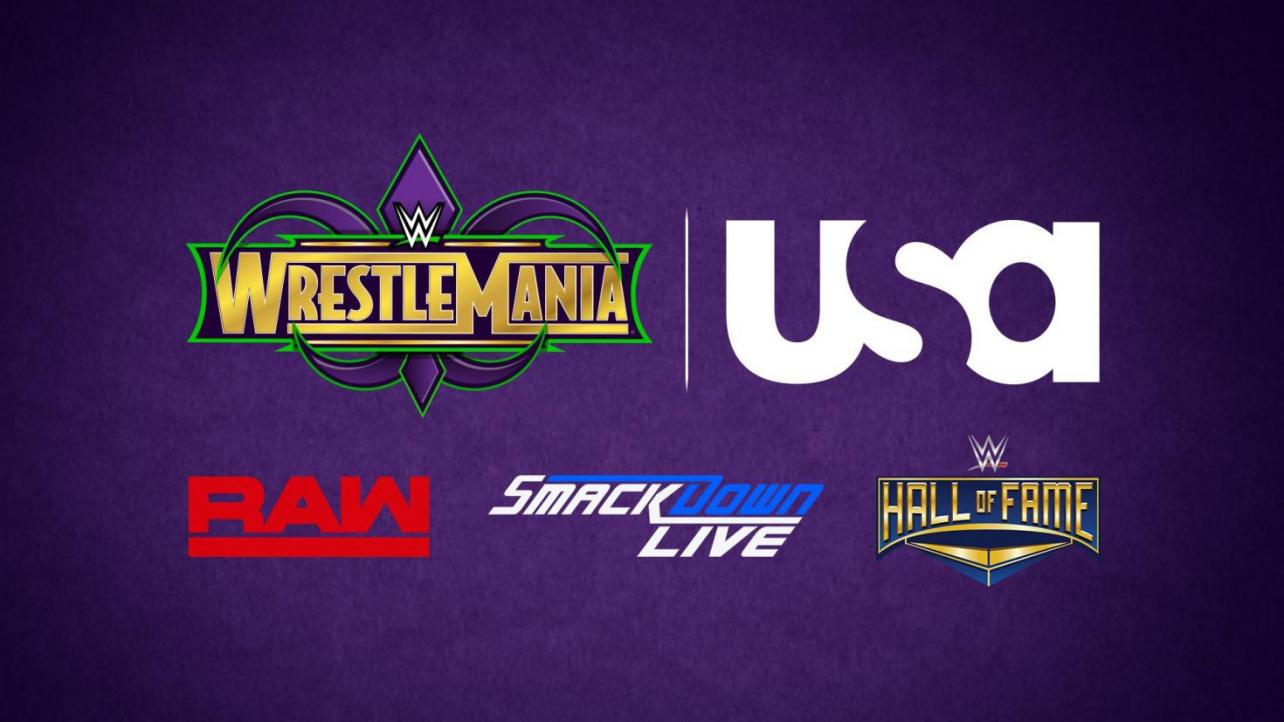 WrestleMania Week takes over USA Network, including a one-hour WWE Hall of Fame Induction Ceremony special and the second hour of WrestleMania Kickoff

In addition, WWE promotion will be featured across NBCUniversal platforms to celebrate the brand’s annual pop culture extravaganza, including the 2018 WWE Hall of Fame Induction Ceremony one-hour special, WrestleMania’s Greatest Moments and the second hour of the WrestleMania Kickoff show.

At 8/7 C, WrestleMania’s Greatest Moments gives fans a look back at the legendary moments in the history of The Showcase of the Immortals.

The 2018 WWE Hall of Fame Induction Ceremony one- hour special airs at 10/9 C and features WWE Legends, including Goldberg, The Dudley Boyz, Ivory, Jeff Jarrett, Hillbilly Jim and Mark Henry, all of whom will be immortalized for their accomplishments and contributions to WWE in this year’s Hall of Fame class. Celebrity Hall of Fame inductee Kid Rock and Warrior Award recipient Jarrius “JJ” Robertson will be honored at this year’s Hall of Fame.

At 6/5 C, USA presents a live, one-hour broadcast of the second hour of the official WrestleMania Kickoff Show, including predictions and commentary by Renee Young and other all-star panelists. WrestleMania 34 takes place live from the Mercedes-Benz Superdome in New Orleans, La., on Sunday, April 8, at 7 ET/4 PT, streaming live on WWE Network.