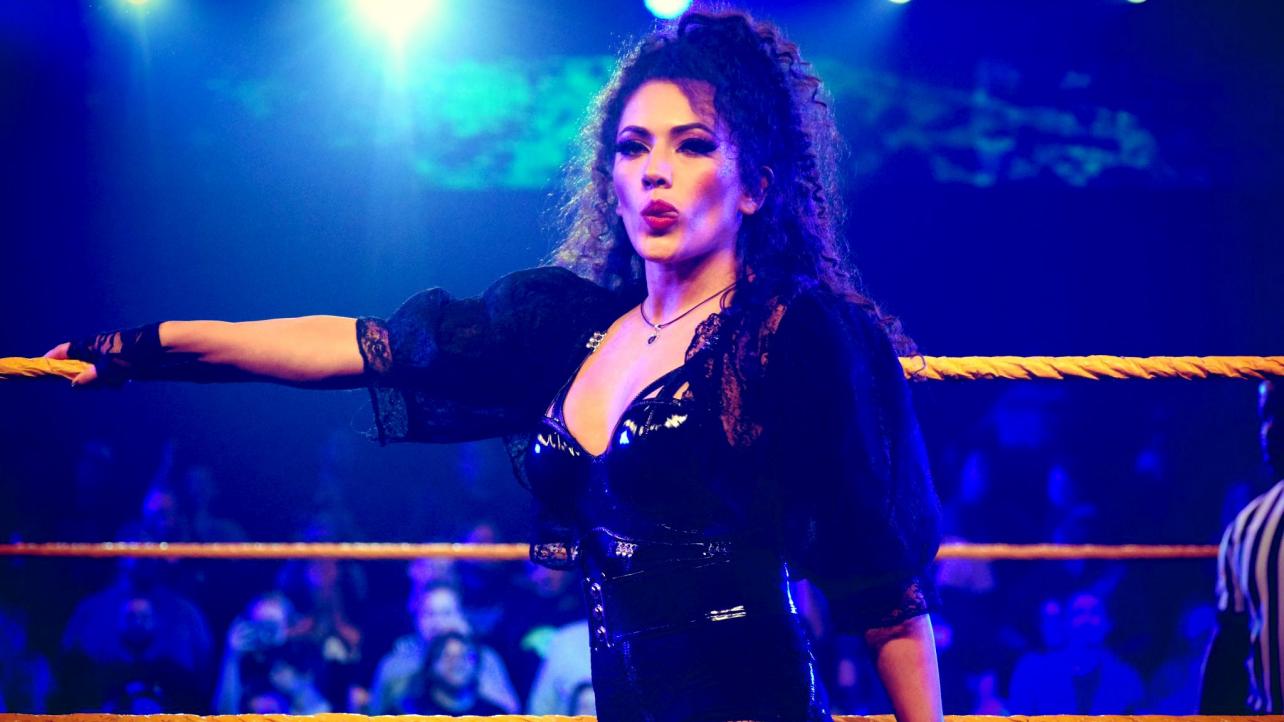 Earlier this week, Danielle Kamela, aka former WWE NXT talent Vanessa Borne, spoke to PWInsider, and discussed a number of topics surrounding her time in WWE. During the conversation, Kamela spoke about her relationship with WWE Smackdown Women’s Champion Bianca Belair, as well as her brief partnership with Aliyah in NXT. Danielle also shared a few scrapped creative ideas, and more. Check out her comments below.

On her friendship with Bianca Belair:

“Well, Bianca’s probably my closest friend from the WWE. So, watching her grow and just having our friendship has been great. Yeah, she’s been able to excel so much, and I’m definitely happy for her and proud of her. We went through a lot of times throughout the past few years of our career together, which were good memories. We struggle at times. So, I think she’s one of the best. She has all of the skills you need to be a top-tier talent. So, I love watching her. Yeah. No, I love her. She’s one of my close friends.”

On her brief pairing with NXT talent Aliyah:

“Honestly, I think it didn’t take that long for us to have chemistry together because we got along outside of the ring before we were teamed up together. Then once we did start tagging, we had a lot of fun coming up with different tag moves and things for our characters. I think they meshed really well, and they grew together. So, we had a lot of fun doing that and it was a bummer just because we had been tagging for such a long time. Then she ended up having to be out for surgery. So, that took us off of TV when we were on a roll, so that was a bummer. Then within that timeframe, that went over to when I ended up getting called up. But it was fun. I loved tag team wrestling. I think it just adds a whole nother element, and having to deal with more than just one other person along with the ref in the ring is a completely different learning experience in itself as well.”

On an all female faction with Santana Garrett, and Chelsea Green:

“We basically pitched all of the ideas for what we wanted the group to be about. Chelsea had her specific ideas. Santana had hers. I had mine. So, we were just trying to put those all together into different pitches we could give to potentially get our group on TV. Yeah, I want to say we were working on that for two to three weeks, maybe even four before they were like, “Okay, it’s not going to happen anymore.” Which I feel like a all female faction would have been really cool because they didn’t have one at the time. I don’t think they have one right now either. So that’s why I was like, it would have been fun to be able to do and bring to television; but that didn’t work out. Now, all of us are free agents, so who knows. Maybe down the road you’ll see the three of us together.”