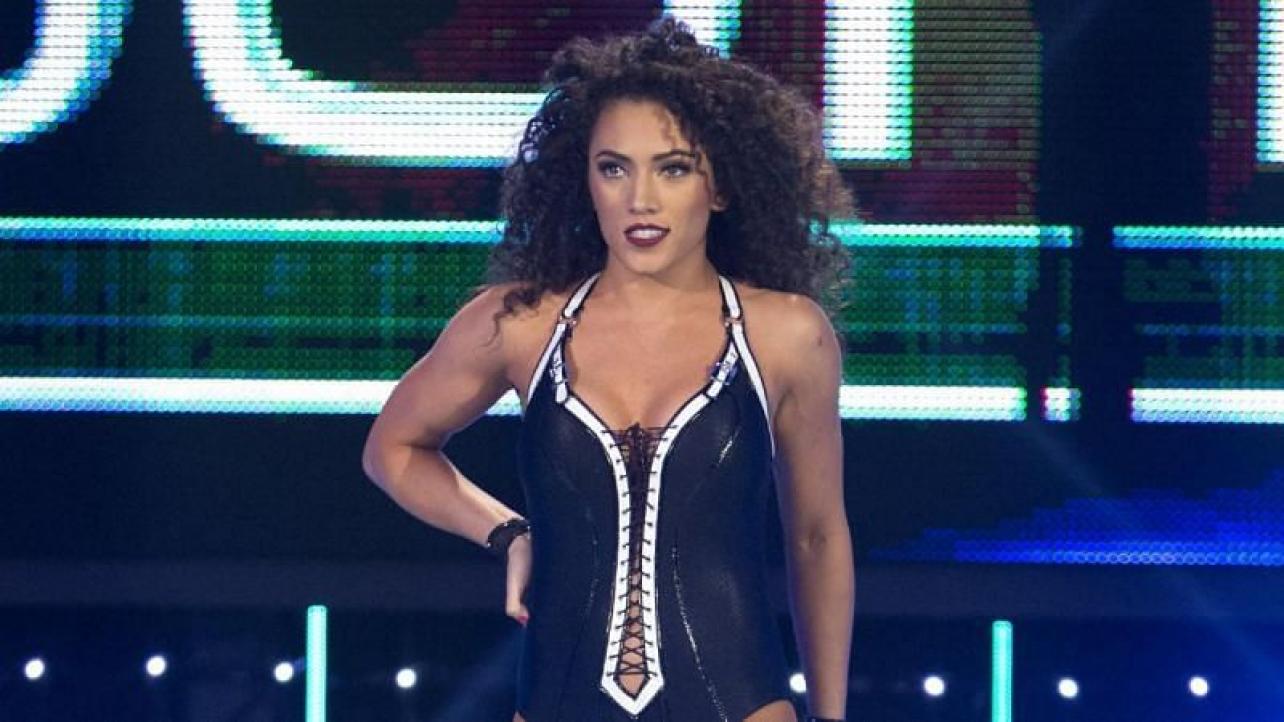 Vanessa Borne Opens Up On Her WWE Release

On May 19th, WWE released former NXT talent Vanessa Borne. Before receiving her release from the company, Vanessa made the move to the WWE main roster, where she would be held off of TV for nearly a year.

Earlier this week, Borne sat down for a chat with PWInsider, where she opened up on her release. Check out her comments below.

On getting called up to the main roster, and never being used there:

“When I was told [I was being called up], I didn’t believe it. I was like, ‘Are you sure?’ I hadn’t been doing much in NXT, but getting that news after working so hard at the Performance Center, everyone at the Performance Center works their asses off, so when you’re told that information, you’re like, ‘All my hard work has paid off.’ I was excited, especially because Paul Heyman had brought me up and I look up to him when it comes to storytelling, his mic work, and he’s someone I want to be like. It was encouraging. I had been in and out with Raw and SmackDown, and it was around March when my visa was up in Orlando, so I moved back to Arizona and that’s when COVID hit. They stopped bringing me to TV and they changed everything. Everyone had to navigate through that. I sat home for six months and that was tough. When COVID calmed down, they brought me back with Chelsea and Santana, and told us we were going to be in a trio, which I was super excited about. Anytime you’re working with others that closely, it’s fun. Being able to bounce ideas off each other and everyone thinks differently. We were excited and we all got main roster contracts, which was exciting. Things just never worked out and the idea got scratched. I feel like that happens a lot.”

On nearly becoming a member of the RETRIBUTION faction:

“After that, I was called in and they had a pitch where I was part of RETRIBUTION,” she recalled. “I was excited about being on TV for something, but I had a lot of questions. I wanted to know what the group was about and how I fit in. I had some concerns because, during this time, there was stuff around the country with violence and we’re watching this unfold and it’s not pretty. I wanted to know if the group was mimicking that. I expressed those concerns, but ultimately, I wanted to do what I was told and tried to figure out how I could help. Within the week, I got a call from Mark Carano saying, ‘We’re not going to have you as part of RETRIBUTION and we’re going to pull your contract. You’re getting sent back to NXT.'”

On making the move back to NXT:

“It felt like I got kicked in the gut. I would never want them to think that I didn’t think an idea wasn’t good or that I didn’t want to participate. I would do anything and had done everything to that point. After we talked, I sent him a text that said, ‘I’m so sorry if I came across not wanting to be part of anything. I’m here to work. I’m willing to do whatever.’ He just said, ‘This is where we’re at.’ I still think back and kick myself and think I should have sat there, nodded, and been happy. I was happy, I might have just given the wrong impression. Lesson learned. Sometimes I tend to be blunt and I don’t know if that’s what came across when it came to asking questions or having concerns. Maybe that isn’t the reason and it’s something totally different, it just happened to fall in line with how everything went down. I put those two things together. After I was back in NXT and had time to digest that, I was still happy to have a job. I spoke to Canyon and said, ‘I’m still in the game and willing to move back to Florida.’ We chatted and wanted to get me back at the Performance Center because I hadn’t been in the ring for nine or ten months. I eventually went to the Performance Center for two weeks to train, which was great. I was in the gym constantly and was in great shape. I felt like I was flying in the ring and didn’t miss a beat. During my second week when I was back in the ring, I ended up getting COVID. That was the last time I was at the PC because it rolled right into the holidays. This year rolled around and I hadn’t heard anything, so I needed to figure things out. I texted Triple H because I hadn’t spoken to anyone and no one had spoken to me. He connected me with a writer at NXT and we were going back and forth with ideas to get me involved. We had ideas that would work, but when you have other characters and storylines, it’s a giant puzzle. We never came to a final plan or anything. The last message I had sent over, I didn’t get a reply, and a week later I was released.”

Vanessa Borne Opens Up On Her WWE Release