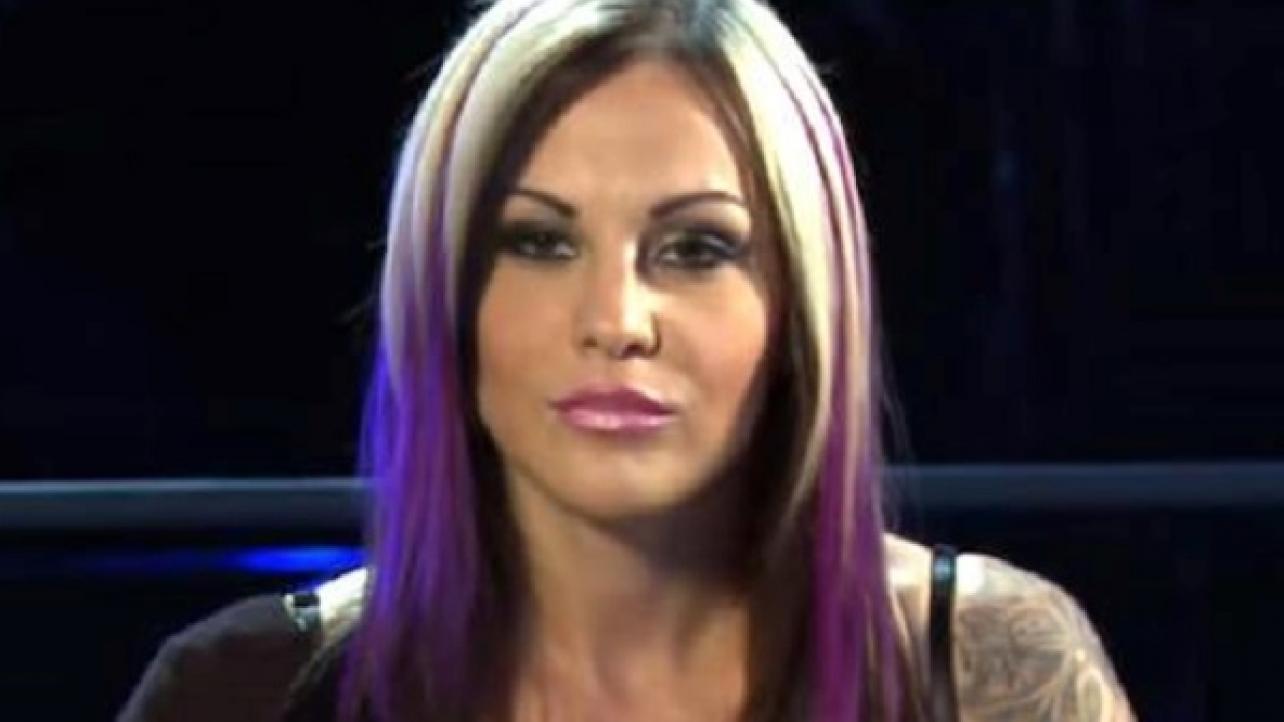 Former Impact Wrestling Knockouts Champion Velvet Sky recently spoke with the folks from Ringside Geeks for an interview. Featured below are some of the highlights.

On the status of her pro wrestling retirement: “I do get asked that a lot by fans so I don’t know if everyone knows, but I am retired from in-ring action for a couple years now. I did it for 15 years. I wrestled for 15 years, and that’s just a lot of wear and tear on one’s body, you know? So, at a certain point in every wrestler’s career, whether it be younger or older, you just have to know when enough is enough. The older I got, like, thank God I never sustained any serious injuries. I mean, I’ve definitely had my wear and tear bumps and bruises here and there. But, like I said, you just gotta know, listen to your body, and know when enough is enough.

“I made a really good transition. I’m a personal trainer, I have clients back home now that I kind of help put their bodies together and stuff, and their health together. And I’m kinda rebuilding myself physically at the same time, too. Because, again, 15 years is a long time. It’s better to go off on my own terms than go off because I had to cuz I got seriously injured. I had a great time in the ring with The Beautiful People and everything that I did and everything I set out to do, I pretty much accomplished it.”

On her favorite moment of her career: “Whether it was mean girl, Beautiful People Velvet Sky, or crowd favorite babyface Velvet Sky, no matter what I was doing out there, I always had a great time, but I will say [that] one of the most memorable matches that stood out to me was with Awesome Kong when I had the stretcher match with her and she gave me about six of her implant busters in a row. I took six of those in a row, and I can’t even imagine doing that, like, today nowadays. So, it just goes to show you over time how when you’re younger in the business, your body can withstand a lot.

Sky stated that while she is still able to compete in the ring, she wanted to retire from in-ring competition so she could “stand up straight when I’m 60.”

Check out the complete Velvet Sky interview at AtomicGeekdom.com.