-- Earlier today, a user on Reddit posted detailed information about WWE star Velveteen Dream exchanging explicit direct messages with him, including a NSFW photo that Dream sent him before asking for one of his. Unfortunately, the fan (and his friends who also seem to be involved) is underage and while the messages came from Dream's verified account, the photo appeared to be that of him and there was even some audio content that matched his voice, there was questions on whether he may have been hacked.

-- Dream tweeted this afternoon in hopes of clarifying the situation:

Be assured I did not communicate inappropriately with anyone. A private photo of mine was shared without my consent or knowledge and I am working with a third party to look into this matter.

-- Below is the original Reddit post (which has since been deleted) as well as a censored photo that Dream allegedly sent the underage individual. There is also an audio clip, which the accuser was able to record of Dream asking him what school he goes to. 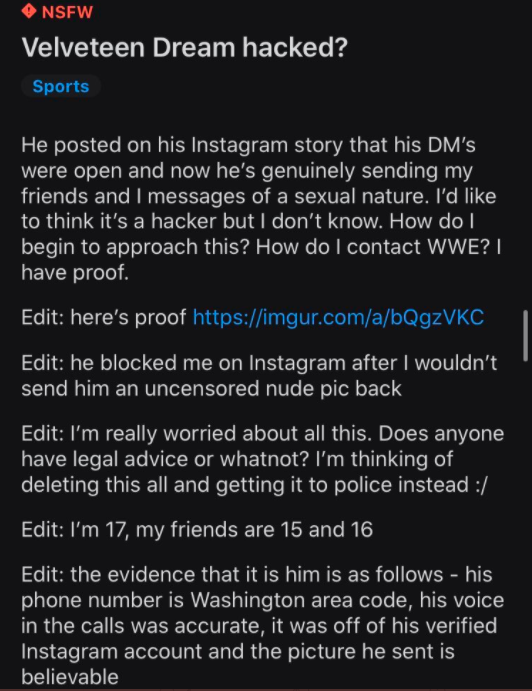 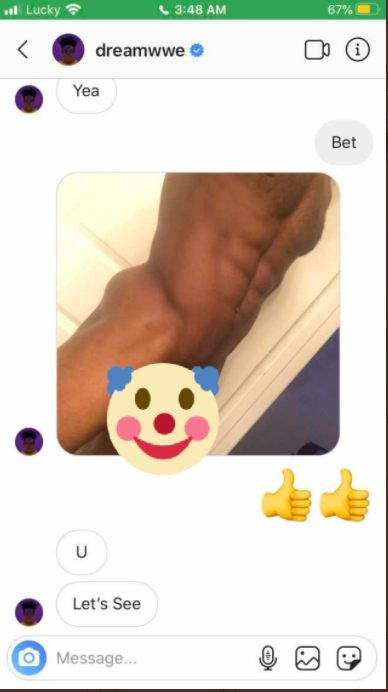