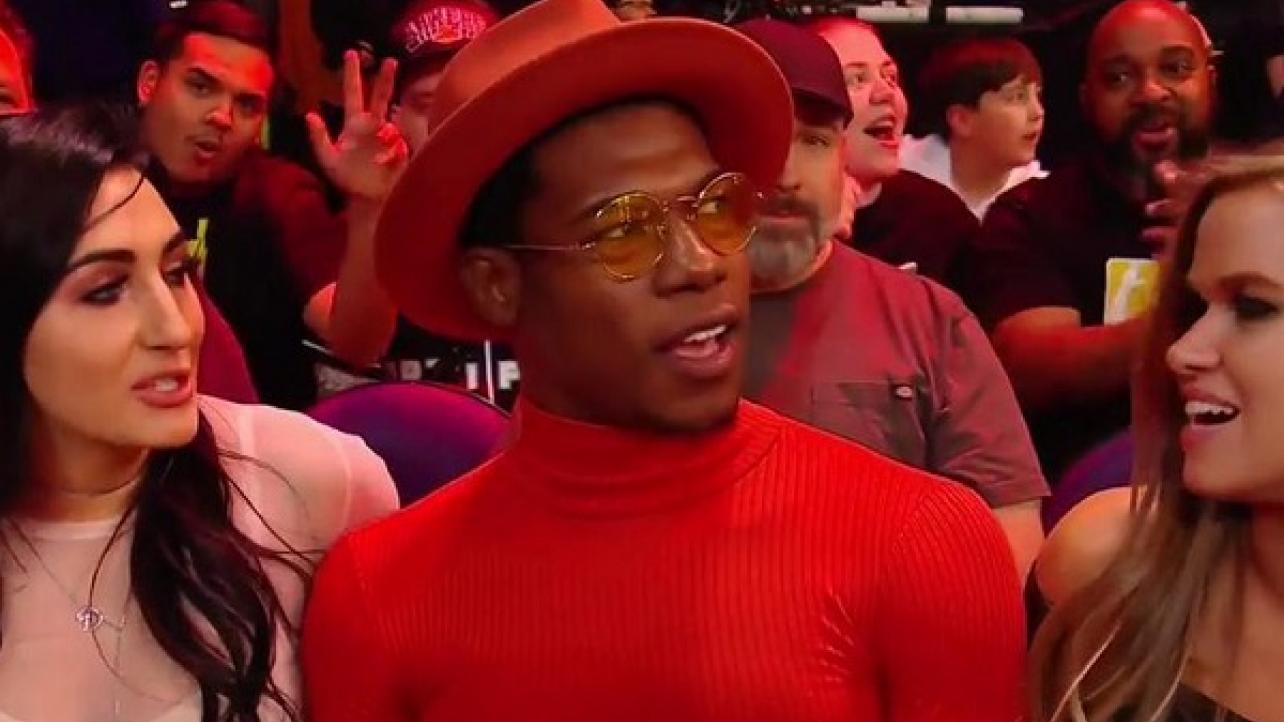 – Despite his recent claims on social media about being done with WWE, Velveteen Dream was shown sitting at ringside during the main event of Saturday night’s NXT TakeOver: Phoenix live WWE Network special between Tommaso Ciampa and Aleister Black. Check out a photo of The Dream sitting ringside inside the Talking Stick Resort Arena during Saturday night’s NXT World Championship main event below.

– Ahead of Sunday night’s WWE Royal Rumble 2019 pay-per-view at Chase Field, Bobby Lashley took to Twitter to post the following tweet to hype the big event.

One more sleep until I make history.

Sunday begins the #RoadToWrestleMania and the road to conquering @BrockLesnar and becoming double champion.

– As noted, WWE taped night one of their first-ever Worlds Collide tournament featuring talents from the NXT, NXT U.K. and 205 Live brands on Friday night. On Saturday night, WWE posted the following tweet to promote the tournament airing next Saturday on the WWE Network.