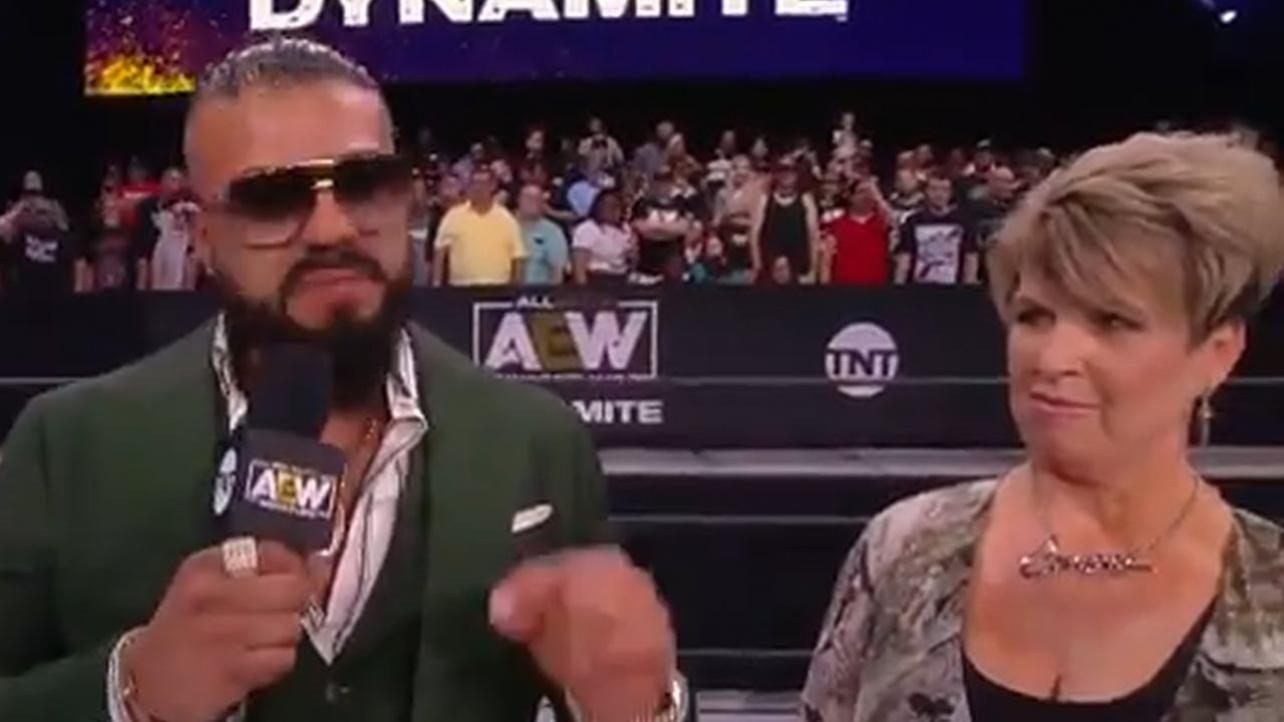 During her recent interview with the It’s My House podcast, Vickie Guerrero discussed her partnership with the new AEW star. Check out her comments below.

On when she found out about her pairing with Andrade:

“Andrade El Idolo is an amazing talent. So incredibly creative in the ring and having such a great legacy in Mexico. It’s a perfect fit for AEW. I knew the day of that I was going to be working with him. Tony Khan makes all the decisions so when he said, ‘Hey, I have someone for you to come meet,’ and I went to the trailer and saw him, I was just ecstatic. I had never met him personally so to be able to sit down and talk to him, he’s such a polite gentleman and so humble. I think we’re going to have great times in AEW. He was really underutilized in WWE. He’s going to have a great time in AEW. Number one, because he’s working with me. Number two, there’s a lot of great wrestlers in AEW that he’s going to be able to have incredible matches. He’s already working with Kenny Omega at Triplemania. We have Penta, Rey Fenix, the Young Bucks, Kenny and a lot of great wrestlers that are dying to work with [Andrade]. He’s a great asset to AEW and there are going to be incredible matches. I’ll be a fan first and his colleague second. He was kept top-secret until he debuted. When I saw him, I had instant memories of watching Eddie and the history of Mexican wrestling will be renewed again in AEW.”

On her approach to managing El Idolo:

“With Andrade being at WWE, him and Zelina Vega were incredibly paired together. She brought so much (to the team). I have to remember that I’m Vickie Guerrero and I have my own style and character. A lot of people are like, ‘she’s not Zelina.’ No, I’m not. We’re two different people. She had her style and I love her to pieces, she’s incredibly talented. For me to be able to work with Andrade, it’ll allow me to create my character along with him. I’m really excited.”