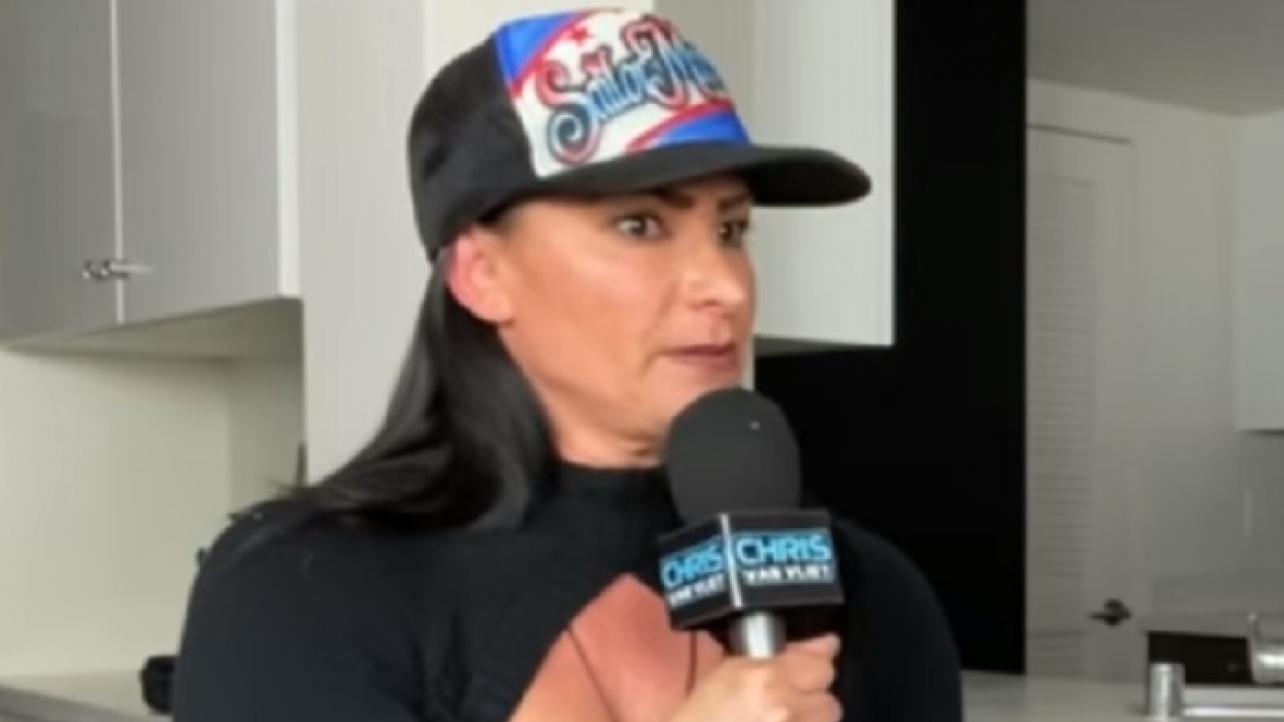 Lisa Marie Varon, formerly known as Victoria in WWE and Tara in IMPACT Wrestling, recently appeared as a guest on the Talking Sass podcast on VOC Nation.

On making WWE’s Top 50 female wrestlers list: “I’m actually shocked I made the list. I haven’t been wrestling in a while. I was surprised at the number I got. I was so honored, it was shocking. To make the list was just an honor…if I was number 50 I would still be happy. It was such an honor, it blew me away.”

On getting a chance to wrestle in the Royal Rumble again: “They called me 2 weeks prior. To be honest with you, I saw the 203 area code and I didn’t answer. When we used to get the 203 area code calling (us), we were either fired, in trouble, or ‘hey we need you to fly out.’ My stomach started tingling (when I got the) message. And I’m like ‘(wow) they want me at the Rumble!’ I hadn’t been to the gym, I don’t get my nails done, (I don’t get) botox, I don’t have hair extensions anymore, I’m not that Victoria-esque that people remember (of) me… These girls – the athleticism now, how fast they work and the spots they do; (I thought) ‘am I going to be able to keep up?’ The insecurities came back. I think people don’t realize how insecure us wrestlers (are), especially being female. That pressure of being skinny (with) no wrinkles, no grey hair, and just looking the part… I was self-doubting myself.”

On how it felt to be back in WWE: “I felt like a greenhorn. I felt like a rookie. I was puking the day I landed, I was puking the day of rehearsal (when we found) out our number. The next day I was throwing up because I was so nervous. My hands were sweating, I got a headache because I wasn’t eating. My belly was just in knots… I’m not good at pretending I belong and acting confident until I come out of the curtain. When I hear my music, it triggers. I’m not Lisa anymore, I’m Victoria.”

On how much WWE development has changed: “They have the gym, they have a chiropractor, they have a doctor, they have a green screen room so you can practice on promos. We didn’t have that back in the day. In the old hard shell buildings like for OVW – with spider webs all over the place – don’t get me wrong, I learned from the best at my school. I was very lucky to be in the school I was (at) because everybody made it… to have that, oh my God they are just so lucky… at NXT they have a bus; a heel bus and a babyface bus that takes them to the show. We used to all pile up in one car… At least they’re taken care of that way so they can focus just on the wrestling.”